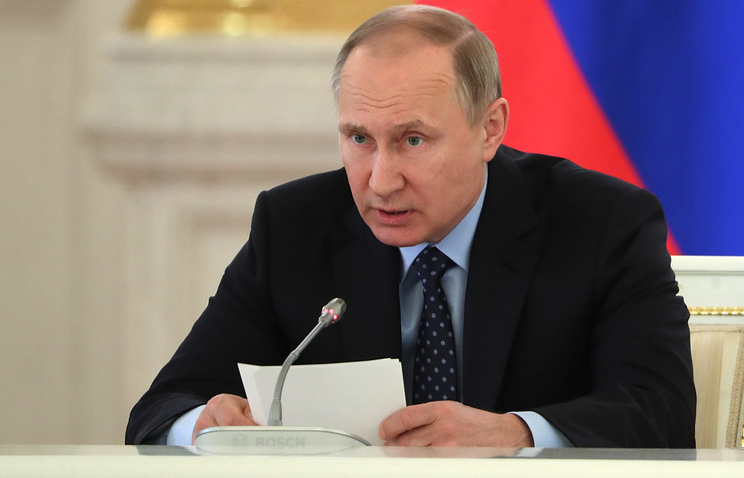 MOSCOW, may 5. /TASS/. Russian President Vladimir Putin discussed with the permanent members of the security Council of Russia questions Syrian settlement in the context of the agreement on the establishment of a de-escalation, the results of his talks with the German Chancellor and the President of Turkey, as well as the preparations for the Victory Day. This was reported by the press service of the Kremlin.

“During the meeting, the President informed the participants about held this week for talks with German Chancellor Angela Merkel and Turkish President Recep Tayyip Erdogan,” – said the press service. These negotiations Putin had respectively 2 and 3 may in Sochi.

“I held a detailed exchange of views on the Syrian settlement in the light of the achieved yesterday in Astana the agreement on the introduction of zones of de-escalation,” – said in the Kremlin.

Russia, Turkey and Iran signed in Astana a Memorandum on the establishment of a de-escalation in Syria. As stated by the head of the Russian delegation, special representative of the President on the Syrian settlement, Alexander Lavrentiev, such areas are created “for a period of six months with the possibility of automatic renewal” for the same period. According to him, the signed Memorandum envisages the cessation of hostilities in the designated areas from may 6

At today’s meeting also discussed “current issues of domestic socio-economic agenda, including the preparations for the upcoming Victory Day”.