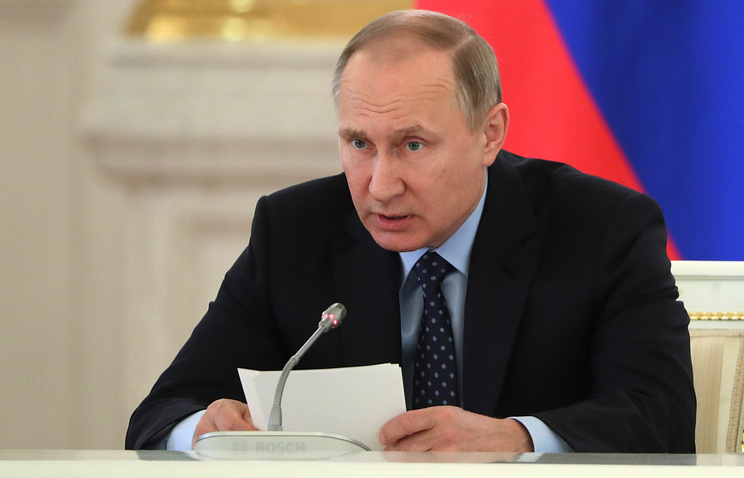 MOSCOW, may 4. /TASS/. Russian President Vladimir Putin instructed the government to develop a permanent mechanism for the resettlement of dilapidated housing and run it from 1 January 2019.

“I instruct the government together with the regions to develop ongoing mechanisms for the resettlement of dilapidated housing and run them from January 1, 2019, and for the transition period, propose to extend the work of the Fund of housing and communal services, which overall has proved its efficiency”, – said the head of state at a joint meeting of the State Council and the Commission on monitoring of achievement of target indicators socially-economic development of the country.

The President drew attention to the fact that people for decades live in makeshift camps that lack basic amenities. According to him, we are talking about millions of square meters. Putin recalled that the goal was set to September 2017 to provide a new comfortable housing more than 700 thousand citizens. He cited figures according to which from 1 January 2014 until September 2017, you must settle 11,015 million square meters, which is home to 711,6 thousand. At the moment resettled 8,012 million square meters, inhabited by 520 thousand.

Putin stressed that despite the complexity of most regions to cope with the task. “I propose to consider measures for their promotion, including financial, – said the President. – Also appeal to the governors and heads of regions the terms are clearly not fit, and for obvious reasons, which we’ve said many times, including because of the obvious management failures”. Putin has demanded “to take personal responsibility for the situation,” “do not send to explain subordinates, and themselves to come to the people and clearly say when they will be able to move into new housing”.

The Russian leader warned those governors who are in pursuit of deadlines trying to impose on the house where the roof leaks where the flaking, that is, operates on the principle “take God that we were wrong”. “It is important not only time, but also the quality of housing, he concluded. – Also request to thoroughly investigate those cases where people on formal, often far-fetched reasons were not included in the resettlement program”.