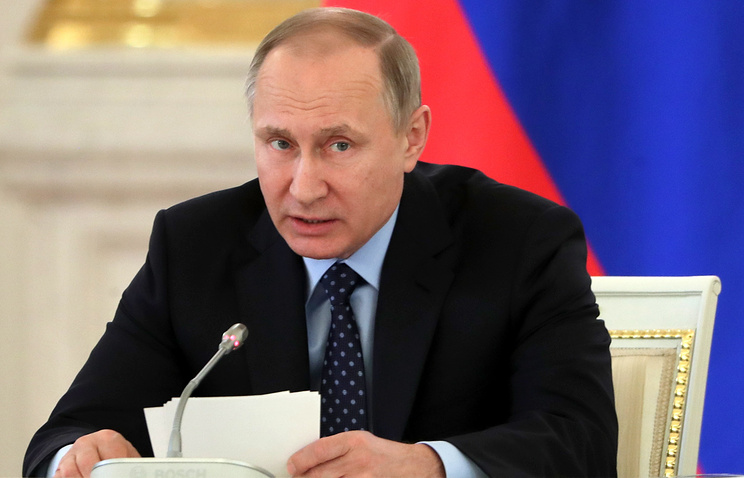 MOSCOW, may 4. /TASS/. Russian President Vladimir Putin has warned governors against attempts to comply with the terms of performance “may decrees” to the detriment of the quality of the work and deception of the people in this area. Summing up the results of the joint meeting of the state Council and the Commission to monitor the implementation of the “may decrees” the President called to listen to the report of the head of the Executive Committee of the Russian popular front (onf), Alexey Anisimov, who reported on the cases of resettlement of citizens from emergency housing in a substandard home and brought other examples of unsatisfactory performance.

Putin in this regard recalled the saying of Lenin when something is done the form is correct, and in fact as a mockery. “This is worse than not comply with the rules as stipulated by the relevant decrees of the President, or to slip them right on schedule, than to account for the fulfilment of outstanding obligations,” said the President, stressing that “it distorts the very essence of our work”.

“This is why I draw it to the attention of colleagues facing difficult tasks to complete in a short time. But everything needs to be done, without cheating for people. Again, this will be worse than not done in time, I’d like you to warn about it”, – concluded the head of state.

However, the President has addressed with words of gratitude “to those heads of regions who hard and effectively, most importantly, work on implementation of decrees of the President from 2012.”