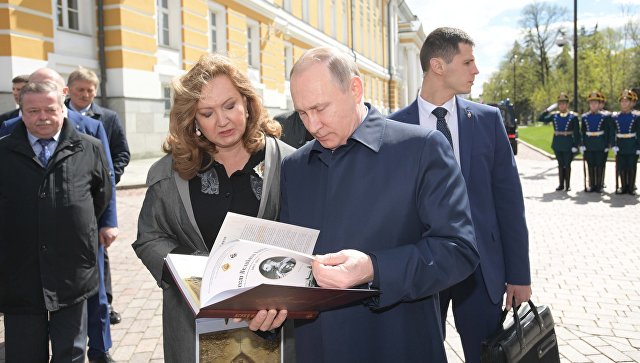 MOSCOW, may 4 — RIA Novosti. To cherish and to defend Russia, despite the differences in views and positions, said President Vladimir Putin at the opening ceremony of the cross in memory of the great Prince Sergei Alexandrovich.

“Today, I want to say again: Russia is one. All of us, no matter what different views and positions defended, we must cherish and protect her, in the corner to put the future of our nation, the happiness of our people, our children and grandchildren”, — said Putin.

According to him, the monument serves as a reminder of “the price that had to pay for mutual hatred, disunity, enmity”, and that we must do everything to preserve unity and harmony.

Grand Duke Sergei Alexandrovich was assassinated on 4 February 1905 by a bomb thrown by a socialist-revolutionary Ivan kaliayev In April 1908 the place of his death established a bronze cross with enamel accents and crucifix. The first of may, 1918, the monument was destroyed in the demolition was personally involved Lenin.

The restoration of the cross was conducted by the Russian military-historical society and the Fund of assistance to revival of traditions of mercy and charity “Elisabeth-sergievskoe educational society” on behalf of the President of Russia.