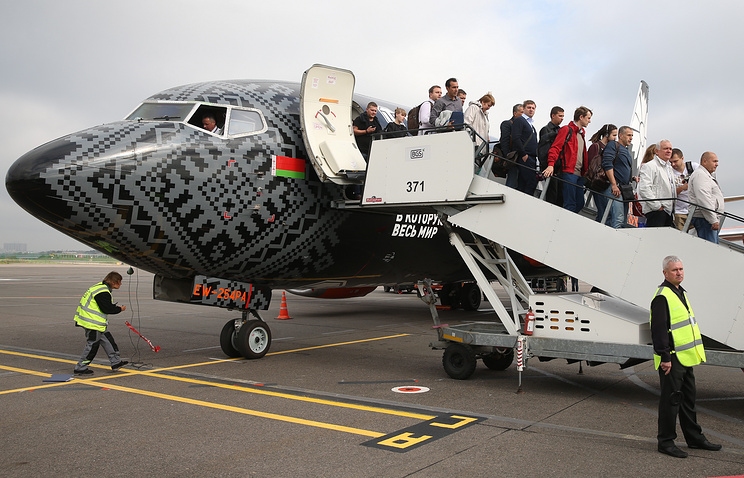 MOSCOW, may 5 /TASS/. All flights to Belarus and from Belarus will be served in the international sector of the airport. About TASS reported the press service at the airports of Vnukovo and Zhukovsky. As follows from the answer of the press service of the airport of Zhukovsky, on the request of TASS, the rule will apply to all airports of the Russian Federation. In a press-service Vnukovo added that for citizens of Russia and Belarus on the rules of departure and arrival will remain the same: the movement will be carried out by an internal passport, without passing border control.

“From may 15, all flights with Belarus transferred to the international sector in accordance with the order of the Ministry of transport of the Russian Federation from 11.04.2017 No. 143,” – said in Zhukovsky.

“Do flights to Belarus are transferred to the sector of international airlines, third-country nationals will have to undergo border control, as any foreign national. For citizens of the Russian Federation and the Republic of Belarus the rules remain unchanged, the flights will be carried out by an internal passport, without border control,” – said in Vnukovo.

The foreign Ministry of Belarus has received official notification from the Russian side is 21 April 2017 on the transfer of flights in the international sector of the Russian airports.

“We really have received official notification of the Russian side on April 21, 2017 of the transfer of all flights between Russia and Belarus in the international sector of the Russian airports – said the press Secretary of the foreign Ministry of Belarus Dmitry Mironchik, and promptly informed stakeholders, including the State border Committee, State customs Committee, the Ministry of internal Affairs and the Ministry of transport of the Republic of Belarus”.

According to him, the Russian side has assured that “the new order will not lead to the denial of freedom of movement of Belarusian and Russian citizens.” “Let’s see how will be implemented these new approaches,” said Mironchik.

February 7 came into force the order of the Director of FSB of Russia Alexander Bortnikov to establish the limits of the border zone in Bryansk, Smolensk and Pskov regions along the border with Belarus.

Earlier in the Center of public relations of FSB of Russia explained that the main function of innovation – preventing the transit of illegal migration, drug trafficking and illegal cross-border movement of inventory. According to sources TASS, the FSB, the border zone along the Belarusian border is introduced to stem the flow of migrants and the sanctions of the goods.