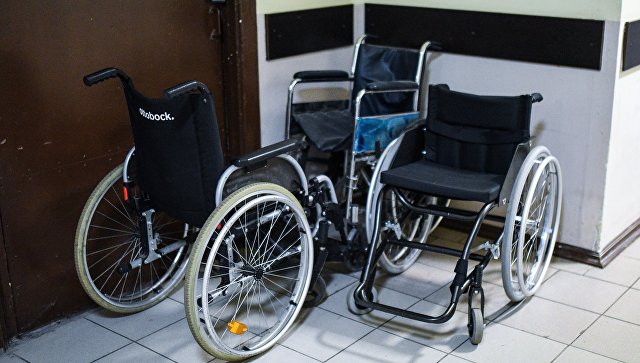 MOSCOW, 5 may — RIA Novosti. Russian scientists create technologies for the rehabilitation of people with disabilities, including exoskeletons, neural interfaces and robotic, told RIA Novosti the head of the design team of the advanced research Foundation (DRF) Anatoly Kovtun on the international day of struggle for the rights of persons with disabilities.

“The road map includes several areas: first of all, the neural interfaces and neuroprotection a new generation of robotic means of providing medical and social rehabilitation, including: exoskeletons, orthoses and prostheses with a biosensor function,” said Kovtun.

In addition, according to him, we are talking about developments in the field of communication of persons with disabilities on the basis of technical biointerfaces feedback and IT technologies. They are accompanied by measures of medical and social rehabilitation: models of the real world, biointerface future, muscle stimulation, virtual environment for rehabilitation, and others, the report says.

To organize support services for people with disabilities the Fund developed a strategy of building advanced studies in the interests of medical and social rehabilitation of persons with disabilities.

“The main task of our development in this direction is to help people with disabilities to adapt to the environment, “embedded” in modern society. For this create new technology and devices”, — said Kovtun.

These technologies include systems of “smart house”, which will allow people with disabilities to control home appliances and make other actions through the interface, added the Agency interlocutor.

The Foundation for advanced studies was created in 2012 to promote research and development in the interests of defence and security of the country. Activities are conducted in three main areas: chemical-biological and medical, physics and technical, information. At the end of 2015 in the structure of FPI was created by the national center of technology development and the basic elements of robotics. Currently, the Foundation runs more than 50 projects, they created more than 40 laboratories in leading universities, research institutes and defense industries.