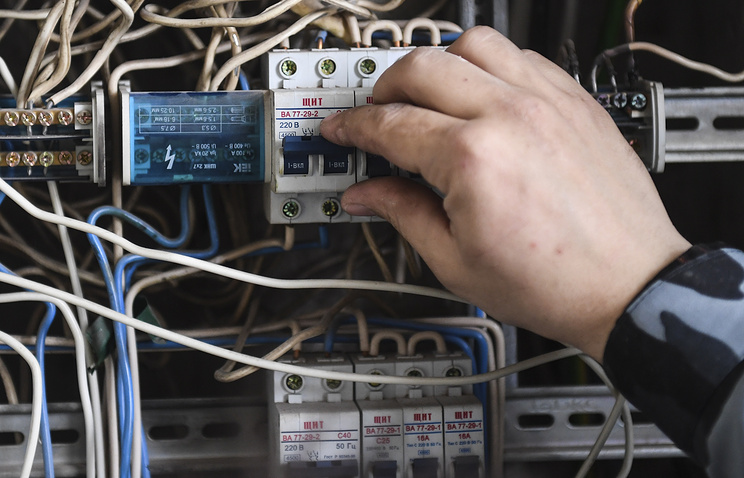 The introduction of intelligent metering the consumption of electrical energy has helped to reduce its loss by 10-30%. These results lead specialists from Kaliningrad, Tula and Yaroslavl regions where smart meters have been installed in 2015-2016.

Experts believe that the installation of such systems though is not cheap, but can pay for themselves by reducing losses in networks for nine years.

Prime Minister Dmitry Medvedev April 1, ordered to submit to the state Duma the bill which introduced the concept of system of accounting of electric energy (capacity), as well as give the government the authority to approve the composition and rules of service of smart meters.

As noted in the explanation of the government, the creation of such systems will reduce losses, ensure a targeted impact on people not paying for the supplied electricity and increase the transparency of the electric grid complex.

The average regions expect to reduce energy losses by 15-18%. “At the end of the project, the meters will allow to reduce losses in the networks by 18.5%. This 158 million kilowatt-hours — a figure commensurate with a two-month electricity consumption of a city of Kaliningrad” — said TASS, the General Director of the company “Yantarenergo” Igor Makovsky.

In a press-service of the Ministry told TASS that the development of intellectual electric power metering will be implemented by networked organizations solely by unitarity sources, that is not at the expense of the consumer.

Where to get money for innovation

According to the Ministry of energy of the Russian Federation, currently the share of smart metering devices in the network complex of Russia is only 10%. But this figure is the achievement, as a few years ago the share was only 2%. According to the estimates of Ministry, for the widespread introduction of intelligent systems will take up to 4 trillion rubles. This despite the fact that all investment programs of the grid infrastructure, including the construction of substations, are only about 300 billion rubles.

Earlier, Russian energy Minister Alexander Novak noted that the modernization of metering devices are expensive, and to solve problems with financing of this direction the Department plans to use the facility. The authorities stress that the implementation of the system can be pay back by reducing losses.

In those regions where already implementing “smart” devices also note that the project is profitable and the payback period will amount to 9 years. Including calculations based on savings of labor resources.

Deputy General Director for sales of electric energy “TNS Energo Yaroslavl” Andrew Headquarters emphasized that the new instrument types have a high protection from interference and their work as part of the automated system allows online control. “Often the metering devices have functionality that allows you to remotely perform actions on the limit of payers, it is definitely a popular option,” he said, adding that, thus eliminating the need of visiting team of electricians at the facility where restricted, the system further reduces the costs of network companies.

However, a number of experts drew attention to the problems that can arise with the widespread introduction of smart metering devices of energy. Member of the Supervisory Board of the Association “non-profit partnership of territorial grid organizations” Alex Gray, in particular, noted: “the Lack of uniform standards and protocols for the operation of smart metering, which must be applied as network companies, and consumers, greatly complicates and increases the cost of building a single intelligent system of energy metering at the level of regions and at the Federal level increases the likelihood of failures and errors in the transmission of information between different segments of accounting systems due to the fact that market participants will purchase and install a incompatible with each other directly intelligent meters and smart metering system”.

According to the associate Professor of Department of electric power engineering and electrical engineering in the Engineering school, far Eastern Federal University Valentina Zhukova, the implementation of smart means of energy accounting can also prevent the lack of economic incentives and the high cost of their creation and content. According to him, there was also the issue of the permissible commercial electric power losses in electrical networks, there are no methods of calculating measurement errors.

Another problem may be the vulnerability before the hackers, said the Deputy Director General on development and implementation of services of JSC “IDGC of the North Caucasus,” Konstantin Aliki. “For falsification of the testimony of a mechanical counter you need to get directly into it, which in some cases is difficult. To smart device has remote access, via the network, and, accordingly, it is possible to penetrate in the device through software, to change his testimony. To catch these hackers are very difficult. We are faced with this, unfortunately, fix such cases,” he said.

The installation of smart meters, however, in the near future may become mandatory in those homes that are being built or repaired at the expense of attraction of Federal funds, said the Chairman of the Supervisory Board of Fund of assistance to reforming housing and communal services Sergei Stepashin.

“Where Federal funds are involved, whether the repair, whether the resettlement of dilapidated housing, without the introduction of these counters, the house will not be accepted. I very much hope that soon it will enshrine in legislation that will change the Housing code, associated in particular with the new formula for capital repairs and resettlement of dilapidated housing,” — he said.

Stepashin confirmed that the installation of smart meters has already begun in some regions of the country, yielding positive results. “First, it saves electricity and heat. And we have 300 billion a year we lose in the housing it is on this topic. This, incidentally, is the entire budget of our Fund in 10 years. Second, it reduces the cost of rent, people much,” he said