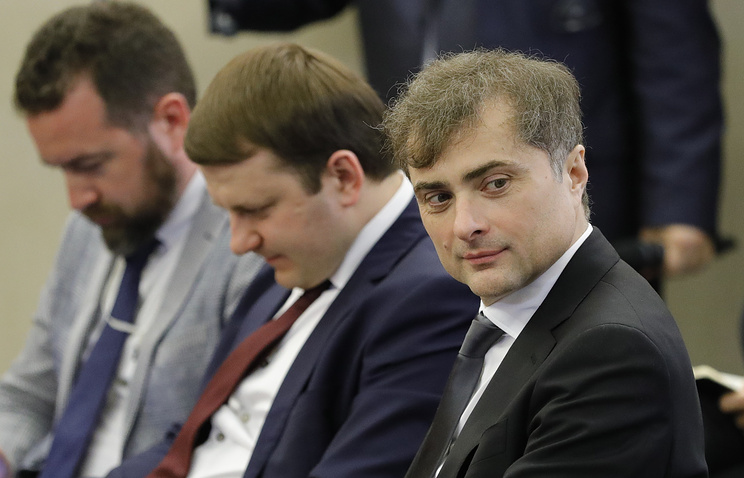 MOSCOW, may 4. /TASS/. The Russian presidential aide Vladislav Surkov with irony reacted to an active discussion in social networks photos taken by journalists during his recent visit to Russia by Chancellor Angela Merkel.

Users were surprised by its thinness and “unhealthy.” However, as reported on his page on Facebook Director of the Center for political conjuncture Alexei Chesnakov, with Surkov’s all good.

“Was now Surkov. He last night returned from Sochi. Looks great. Healthy. My question about the strange photo and the violent reaction of the Ukrainian media with the usual sarcasm said, “don’t cry for me, Ukraine!”, – wrote Chesnakov.

According to the analyst, the photo was a result of unflattering angles and lighting. “By the way, normal images from official archives, which are found in the network,” he said.