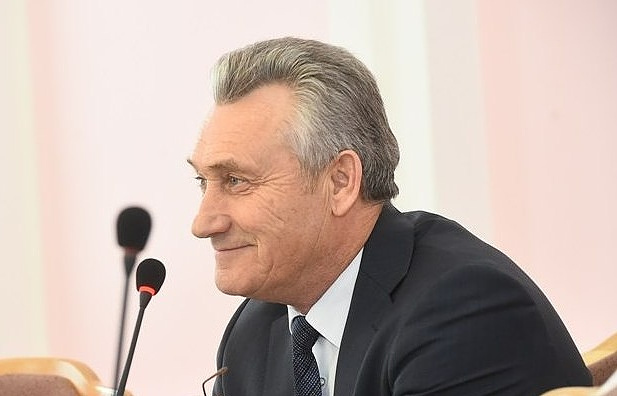 “The Governor of Omsk region Viktor Nazarov signed a statement of Stanislav Grebenshchikov resignation. He was relieved of the post of Chairman of the government of the Omsk region from 2 may 2017,” – said in the government.

In 2017, the Czech Republic, took part in the elections for mayor of Omsk, and was considered the main contender for the post. April 13, he filed an application on voluntary refusal from participation in the elections for health reasons. April 17, it became known that Russia’s Investigative Committee filed against Grebenshchikov criminal case for abuse of power.

The case against Grebenshchikov

According to the investigation, the official has arranged a payment from the budget more than 14 million rubles to the contractor, OOO “Stroyinvestkomplekt”, knowing that this company does not fulfill the conditions of the contract and has a debt to the state customer of previously received advances. In the result the funds allocated for the reconstruction of a historical building of the insurance Association “Salamander” of the early XX century to accommodate the branch of the Museum of fine arts. M. A. Vrubel center “Hermitage-Siberia”, was not used for the intended purpose, paid work was not carried out. Also caused the damage to the credit institution that issued the Bank guarantee to secure the performance of the contract.