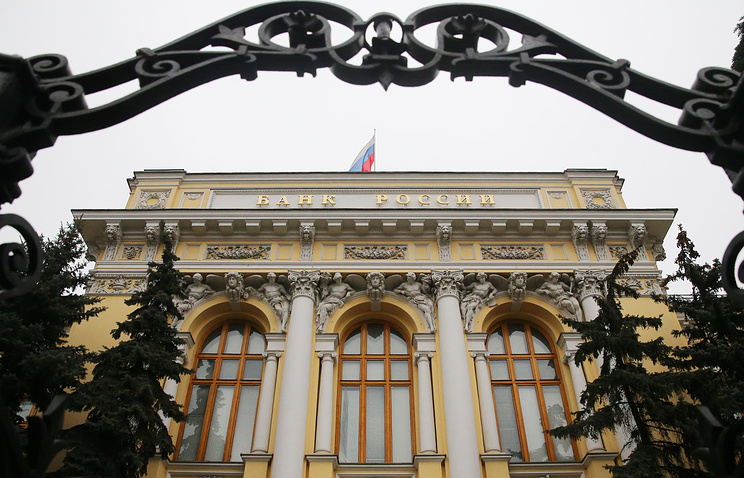 MOSCOW, may 5. /TASS/. The Chairman of the Bank “Ugra” Dmitry Shilyaev confirmed the start of the Bank of Russia unscheduled inspections according to the results of a failure of the IT systems of the credit institution. This was announced to journalists in a press-service “Severstal”.

“Today a Bank run the Central Bank. Their work was closely connected with the analysis of the current activities of the Bank (“Ugra” – approx. edited by TASS) after a technical failure. April 28, we have eliminated the consequences of the accident, and the Bank works in a regular mode. Such actions of the regulator are standard practice after any failures of banks”, – the press service quoted the head of the credit institution.

The reason for the test was a failure in the information system of the Bank “Ugra”, which happened in the afternoon on April 25 in connection with the violation in the system of external power supply. Already in the morning of 26 April, the performance of the automated system of the Bank and processing center has been restored, all offices of the credit organization began accepting clients, but with reduced processing speed operations and a large backlog of client requests service time increased slightly In this regard, on 26 April, the Bank extended the hours of all the offices up to 21 hours local time.

The consequences of the April failure

As subsequently reported by TASS Shilyaev, the Bank’s customers reacted to the outages quite well. “The outflow of funds is not” – he stressed.

The Bank conducted an internal investigation, the results of which showed that during the week the load on the system of the Bank was distributed unevenly, and that was the reason for the vulnerability to interruptions in power supply. After the last incident the Bank has commissioned equipment required to prevent such excesses in the future.

Before the end of this week, the Bank intends in the test mode to connect additional data processing center (DPC) for the smooth operation of their offices. “The primary datacenter does not turn on properly after a power surge, so the Bank took a decision before the end of this week to install and run in test mode, one data center with the most modern equipment and means of protection,” explained Shilyaev.

New checks at the Bank do not fear. “In inspections we live in constantly, this is normal operation. The Central Bank itself tells us that the verifications may be scheduled unscheduled – themed show on the loan portfolio and credit operations”, – said the head of “Ugra”. So, in 2016 there were two of them – in July and November.

Another test – unplanned – ended 16 Jan 2017. According to Shilyaeva, its main objective was the adoption of the Bank on the balance sheet of the Central Federal district after the relocation of the head office of the credit organization in Moscow last autumn. “The complaints we filed. Checked the work of Cass, was looking for notebooks. We do not feared, because it is nothing. No dirty operations, the Bank is not engaged. Left 37 people CB, checked all converge “penny to penny”, – concluded the Chairman of the Board.

Balancing of liabilities and improving the sustainability

In 2016, the shareholders of the Bank “Ugra” has provided him with 28.5 billion rubles to increase own capital. This allowed Ugra to increase the margin of safety and to comply with the requirement of the Central Bank on the establishment of additional reserves.

In the next three years, the Bank intends also to balance the structure of liabilities, increasing the share of funds of legal entities to 23.8% (today it is 12%). With more than half (56.2 per cent) of Bank liabilities are funds of natural persons (in 181.8 billion roubles).

The Bank “Ugra” is among the top 30 Russian banks by assets and top 15 banks in terms of deposits. To date, the Bank has 112 offices in Russia.