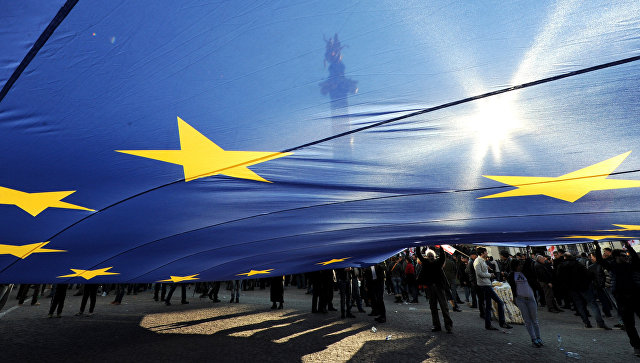 The financial document was signed on Friday, the Georgian state Minister for integration into European and Euro-Atlantic structures Viktor Dolidze and located in Tbilisi with a visit by the European Commissioner for neighbourhood policy and enlargement Johannes Hahn.

“Everyone can see the good that brings political Association with the EU and the integration process is a solid democratic institutions, an independent judiciary, a high level of protection of human rights, economic stability and a competitive business environment, this new initiative for regional and infrastructural development… the European Union helps us in implementing all reforms, therefore, today signed a financial agreement on the basis of which the EU provided us $ 32 million”, — Kvirikashvili stated at a joint briefing with the European Commissioner.

According to the head of the Georgian government, the financial support allocated for the implementation of the “all processes which will align Georgia with the EU.”

As reported in the apparatus of state Minister for integration issues, financial resources allocated in the framework of the “Mechanism of technical cooperation” (Technical Cooperation Facility — TCF), aims to provide expert support Georgia in the implementation of the reforms envisaged by the Association agreement with the European Union.