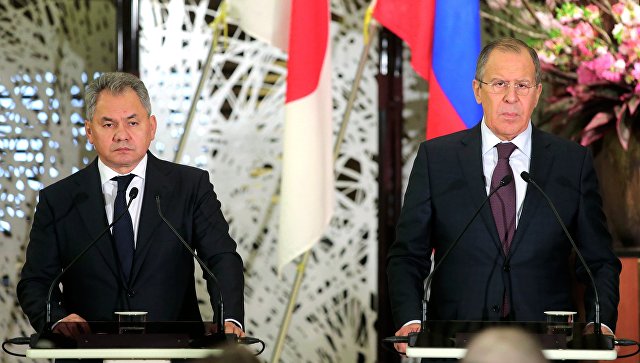 MOSCOW, may 4 — RIA Novosti. Fluctuations in the level of trust and sympathies of Russians to the Russian President Vladimir Putin are more situational, its dominant political position is not questioned, but sustained interest in such figures as Sergei Lavrov and Sergei Shoigu may be considered an attempt of the population to discern a possible successor to the President, the General Director of the Center for political information Alexei Mukhin.

According to VTSIOM, Putin is still the leader in the rating of trust to politicians, in the month of April, the rate ranged from 49.7% to 48.4%. In the first three ranking also included Prime Minister Dmitry Medvedev (16.1%) and the Russian defense Minister Sergei Shoigu (15.8 per cent). The Minister of foreign Affairs Sergey Lavrov takes the fourth place ranking (13.7 per cent). The approval rate of the head of state by the average of 24-30 April amounted to 81,6% (82,7% for the week 27 March-2 April). The work of the head of the Cabinet during the same period, appreciated for 52.1% (from 54.8% at the beginning of the month), and the work of the government as a whole – 56%.

Mukhin said that on the rating position in particular of the Cabinet of Ministers affect, on the one hand, rumors of his impending resignation, on the other — a clear support for government action by the President.

“Here pronounced trend neither up nor down. The rating of the President demonstrates political stability. The fluctuations of sympathy for him are, to put it mildly, situational and vary just from the activity of the President in the foreign policy area,” said the analyst.

The expert suggested that the results of the next survey will influence the activity of Putin in connection with his recent contacts with U.S. President Donald trump, Chancellor of Germany Angela Merkel and President of Turkey Recep Tayyip Erdogan.

Speaking about trust of other politicians, Mukhin noted a strong interest to the Minister of foreign Affairs Sergei Lavrov and defense Minister Sergei Shoigu. This interest, according to the analyst, is preserved, because one way or another the population of the country is trying to see in Putin’s entourage figures that are a reference for the President and for which you can pay attention in the future.

“In fact, we are talking about the search for a successor, Vladimir Putin, Russia’s population — though, of course, the dominant political position of Putin is not questioned in any way, however, the population tries to guess the contours of the future. And these fears and anxieties are reflected in the registration of sentiment among the respondents,” — said General Director of the center.