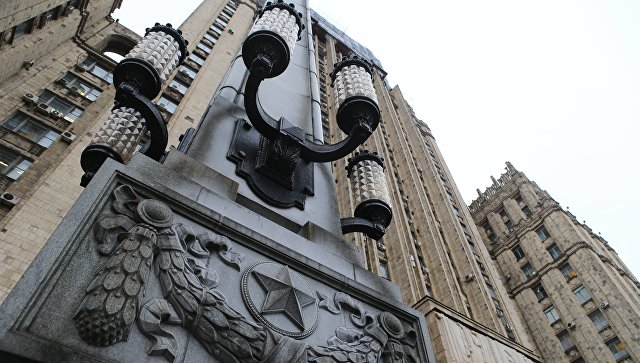 MOSCOW, 5 may — RIA Novosti. The Committee of Ministers of the Council of Europe (CMCE), stating the deterioration of human rights in Crimea, uses of human rights for political purposes, said Friday the Russian foreign Ministry.

The Russian foreign Ministry said that “those who voted in the Committee of Ministers for this decision, turn a blind eye to “visa repression” of the European Union, contrary to the principles of international law, the actions of the Ukrainian nationalists to cut off water and electricity supplies to the Crimea.”

“Trite arguments about “the deteriorating situation of the Crimean Tatars” does not take into account the fact that the real positive changes in the restoration of their rights occurred only after the return of Crimea to Russia… the Decision of the Committee of Ministers – not of man and not of his rights. It is about how the subject used for political purposes, not thinking about the discrediting of the Committee of Ministers”, — said the foreign Ministry

The Ministry stressed that Russia “does not consider itself bound by the specified decision of the Committee of Ministers and does not consider lawful the use of the Ukrainian party in further propaganda constructs”.

“For us, they because of their non-consensual nature of the politically and legally void.”, — added the Russian dipvedomstva.