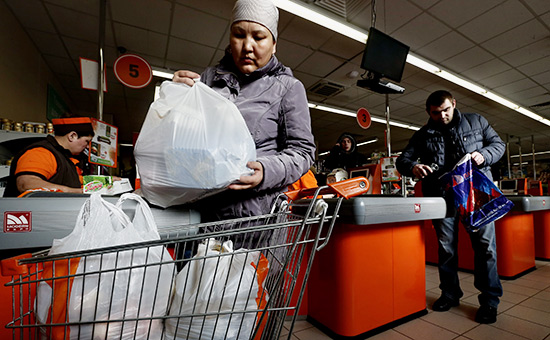 The Ministry has clarified its proposals on the liberalization of retail trade in alcohol. In particular, relaxed the requirements for the square footage of stores selling alcohol

The Ministry of industry and trade called for the easing of conditions for obtaining a license for the retail sale of alcohol, proposing to reduce the demands on the square footage of the stores. About it RBC said the Deputy Minister Viktor Evtukhov. Now the area of shops selling alcohol in the city, shall be not less than 50 sq m (including store). The Ministry has proposed the Finance Ministry to reduce this figure by half.

“We have sent to the Ministry of Finance their proposals, including the proposed to change the requirements for the meter shop in the city’s 25 square meters instead of 50 in rural areas — eliminate the space requirement,” said Evtukhov. Earlier, the Ministry of industry and trade called “excessive” requirement square footage of 50 square meters in the city, but with its own proposals for necessary area is not released. In rural areas, the minimum area of the store for retail sales of alcohol must be at least 25 sq. m.

According to Evtukhov, to eliminate excessive regulation in the sphere of retail trade in alcohol it is also necessary to remove from law the requirement for warehouse space in the stores, as well as to simplify the licensing rules.

Another initiative of the Ministry of trade and industry — change the size of the state duty for obtaining and renewal of alcohol license and “snap” it to the region. Now it is for retail sales is 65 thousand rubles per one year of use regardless of the region. As recalled by Evtukhov, the Ministry proposed to keep the current rate only for retail outlets in Moscow and St. Petersburg. For Sevastopol and other cities (except for towns) the cost of a license is proposed to be reduced to 26 thousand rubles, for the small towns and rural areas — up to 3.5 thousand rubles per one object per year.

“It should not be excessive regulation. Excessive measures often lead to the illegal market and distort competition. The simpler and more transparent rules, the volume of the illegal market will be lower”, — concluded the Deputy head of the Ministry.

Alcohol producers support the proposal of the Ministry of trade liberalization alcohol. “Too stringent requirements for retail has led to a reduction in legal outlets, and some of them transformed into illegal”, — stressed the Chairman of the Union of manufacturers of alcoholic production (SPAP) Dmitry Dobrov.

At the moment in Russia there are 222 thousand points of sale of alcoholic beverages. According to the Ministry of industry and trade, the share of illegal spirits and surrogate products now account for 50-70% of the market. According to Rosstat, vodka production in Russia in 2016 has increased compared to the year 2015 by 16.1% to 73,2 million dal, sparkling wines and champagne for the year decreased by 8%, to 14.7 million dal, cognac production of 7.6 mln dal. The sale of alcohol in recalculation on absolute alcohol at 96.8 million dal, which is 2.4% less than in 2015.