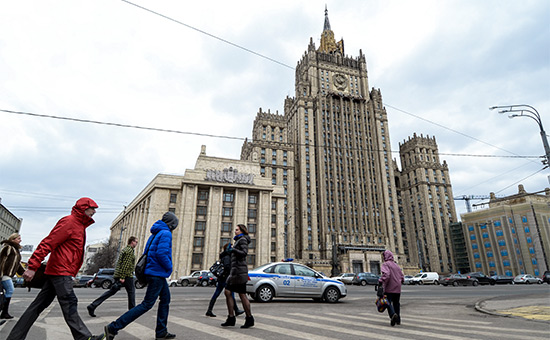 The Russian foreign Ministry issued a Memorandum on the establishment of a de-escalation in Syria. He was signed on 4 may in Astana the representatives of Russia, Turkey and Iran, who acted as the guarantors of the truce

The Ministry of foreign Affairs of Russia issued a Memorandum on the establishment of a de-escalation in Syria, adopted on 4 may at the meeting in Astana. According to the document, these zones located on the contact line of the forces of Bashar al-Assad and opposition forces must cease military clashes.

​The Memorandum includes six points. The first item defines the zone of de-escalation. They will be located in Idlib province and parts of neighboring provinces (Latakia, Aleppo and Hama), some areas in the Northern province of HOMS, the Damascus suburb of East ghouta and certain areas in the South of Syria in the provinces of Daraa and Quneitra. The establishment of these zones is a temporary measure, the duration of which will be six months with automatic renewal on the basis of consensus of the parties, who acted as the guarantors of the truce (Russia, Turkey, Iran).

Inside “safe zones” prohibited any fighting between the conflicting parties, including airstrikes, and provide safe and unhindered humanitarian access. In areas of de-escalation, the conditions for providing the population with medical care, measures are taken to restore infrastructure and create conditions for the safe return of refugees and internally displaced persons.

Along the borders of the zones of de-escalation, in turn, create a “security zone”, which includes checkpoints and observation points.

The guarantor countries of the armistice agree to take all necessary measures to ensure the implementation of the ceasefire by the warring parties, to continue to deal with prohibited terrorist organizations “Islamic state”, “Jabhat EN-Nusra” and other, related groups, and also to continue efforts to join the truce of the forces of the opposition.

To determine the boundaries of the zones of de-escalation and strips of safety and operational issues concerning the implementation of the Memorandum within two weeks from the date of signing of the document will be created a joint working group.

The guarantor countries, signatories to the Memorandum intend to complete the preparation of maps of areas of de-escalation and security strips until 4 June 2017, and to take steps to “dissociation of the units of the armed opposition from terrorist groups.”

The Memorandum shall enter into force on the day following the signing of the document.