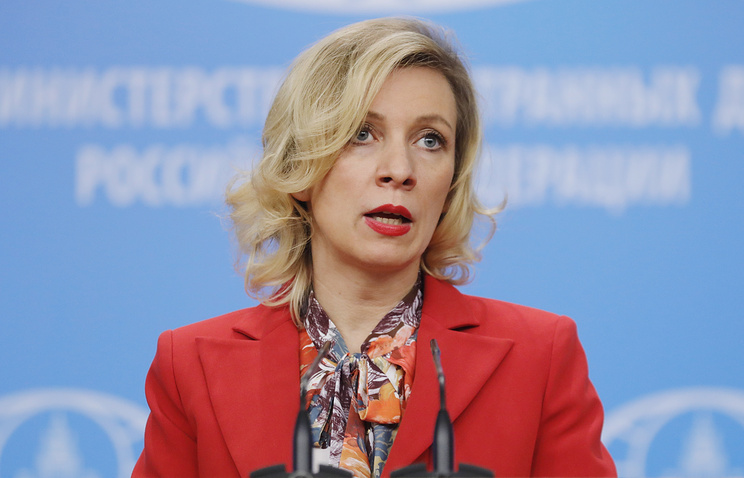 SEVASTOPOL, 4 may. /TASS/. The Ukrainian authorities are clearly trying to get people to shut up or forget about the events that took place in Odessa in 2014. This was stated at a briefing the official representative of Russian foreign Ministry Maria Zakharova.

As pointed out by the diplomat, may 2, three years have passed since the tragedy in Odessa. “Then the barbaric arson of Ukrainian radicals killed 48 civilians who took shelter in the House of trade unions – said the diplomat. – And to blame these people were only one – they have allowed themselves to Express their civil position, they did not want to allow on their land radicals, ultranationalists”.

“We have repeatedly said that the perpetrators of this inhuman crime have not been punished, – said Zakharov. – During these three years the authorities in Kiev and could not and did not want to conduct a thorough, objective investigation of this crime, in order to clarify all circumstances of the incident. Much more they do not care about the prosecution of perpetrators, and the desire to make people just forget about what happened, to get them to shut up.”

According to her, not for the first year on the eve of the tragedy in Odessa contracted an unprecedented number of military equipment and soldiers of the national radical groups. “Wishing to pay tribute to the victims is simply not passed to the House of trade unions, and visiting foreign journalists to cover the commemorative events unfold on the border, – noted the diplomat. – From the point of view of radical elements in Ukraine, the memory must be destroyed.”