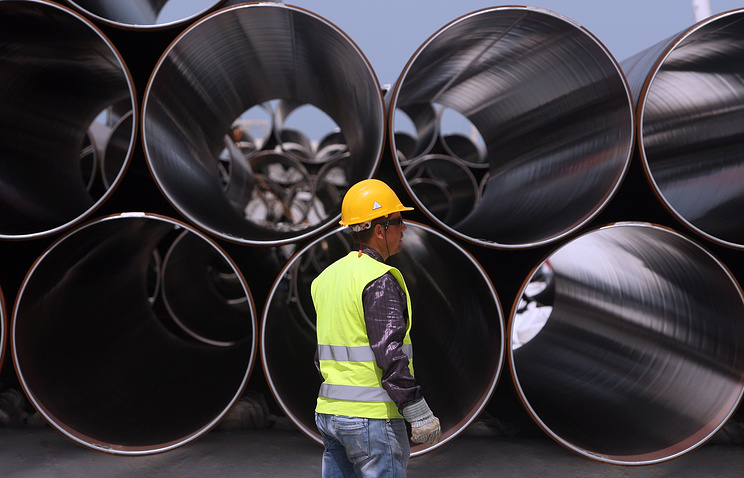 BAKU, 7 may. /Offset. TASS Sevinj Abdullayeva/. The Asian development Bank (ADB) has approved a loan of $500 million to support the project of development of gas condensate field Shah Deniz in the Azerbaijani sector of the Caspian sea. An agreement and guarantee agreement signed on may 7 between Closed joint stock company “southern gas corridor” (SGC) and the ADB in the framework of the annual governing Board meeting of the Bank in the Japanese city of Yokohama, reported in a press-service of the Ministry of Finance of Azerbaijan.

The Shah Deniz field, with total reserves of 1.2 trillion cubic meters of gas is considered the main source of hydrocarbon supplies to the European market created by the now of the gas transportation system “southern gas corridor” (SGC).

At the signing ceremony, emphasized the strategic importance of the SGC project. “It was noted that this transnational project supported by the ADB, the world Bank, the Asian infrastructure investment Bank and other international financial institutions will play an important role in energy security of Europe and diversification of gas supplies to the continent, socio – economic development of the region”, – stated in the message of the Ministry of Finance.

SGC cost more than $40 billion will stretch for 3 thousand km from Baku to southern Italy via Georgia, Turkey, Greece, Albania. Its main segments are the South Caucasus pipeline, TRANS-Anatolian (TANAP) and TRANS Adriatic (TAP) gas pipelines. It is expected that the supply of gas through this corridor will begin in 2019-2020 At the initial stage it is planned to transport on SGC 16 billion cubic meters of gas per year: 6 billion – to Turkey, 10 billion to Europe.