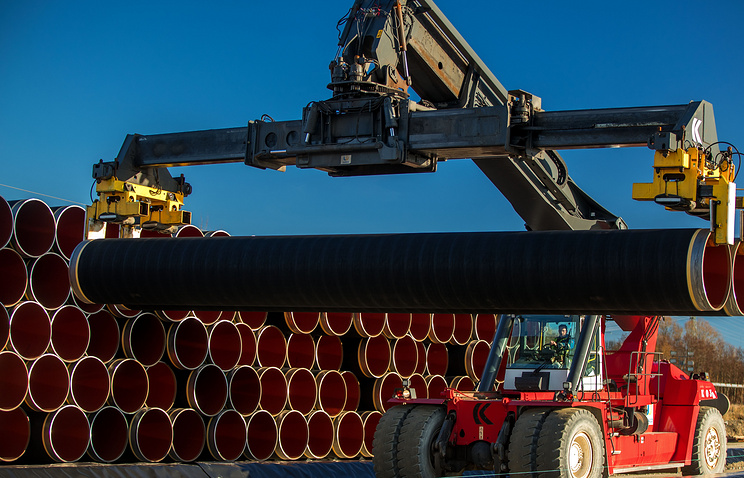 MOSCOW, may 7. /TASS/. Gazprom started the construction of the offshore section of the pipeline “Turkish stream” at the Russian coast of the Black sea, is spoken in the message of the company.

“Today in the Black sea began the construction of the gas pipeline “Turkish stream”. Work started near the Russian coast. Leads laying vessel Audacia Allseas company contractor of construction of both lines of the offshore section of the pipeline,” – said in a press release.

It is noted that the ship will also be used to pull the pipes from the shore through microchannel. The construction of the pipeline in the deepwater part of the Black sea to conduct pipelay vessel, Pioneering Spirit.

“Today we started the practical part of the project “Turkish stream” – sea laying of the pipeline. The project is implemented strictly according to plan and by the end of 2019 our Turkish and European consumers will receive a new reliable route for Russian gas imports”, – said the Chairman of the Board “Gazprom” Alexey Miller.

Earlier, on 4 may, it was reported that the ship-the pipe layer Audacia, Allseas owned company, recently signed a contract with Gazprom for laying the Turkish stream, went to the Black sea and embarked on the roads near Anapa.

“Gazprom” and Allseas has signed a contract for the installation of the marine pipeline in February this year. At the bottom of the Black sea supposed to build the 900 km of pipes.

Earlier it was reported that Gazprom plans to start laying pipe the first string of the gas pipeline “Turkish stream” in the summer of 2017. By the end of March, the Russian land was completed drilling of the first microchannel, the second microchannel was ready on 97.5%.

The first line will be designed for the Turkish market, the second – for the gas supply countries in southern and South-Eastern Europe. The capacity of each line – 15.75 billion cubic meters of gas per year. The total project cost was previously estimated at €11.4 billion.