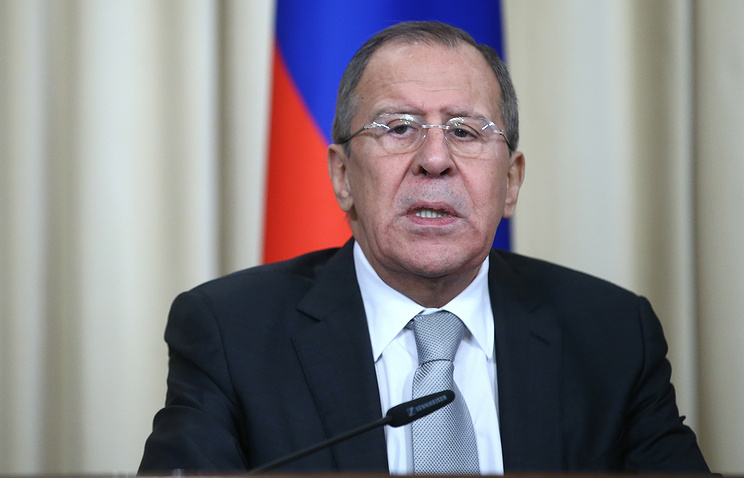 MOSCOW, may 8. /TASS/. Ukrainian security forces regularly organize armed provocations on the contact line in the Donbass, in order not to fulfill the political part of Minsk agreements. This was stated by Minister of foreign Affairs of the Russian Federation Sergey Lavrov in interview to TV channel “Mir”.

“We have great concern what is happening with the implementation of the Minsk agreements. First of all, as a result of sabotage by the Kiev authorities, he said. – There are plenty of examples”.

“This applies to the complete sabotage of the political process and the organization on a regular basis armed provocations on the contact line in order to have an excuse not to fulfill the political part of the package of measures approved in Minsk, – continued the head of the foreign Ministry. Evidence on this score abound, including reports of the special monitoring mission of the OSCE.”

“So our General line is to continue to work within the framework of the Normandy format at the level of leaders at the Ministerial level, expert level, and within, of course, the contact group, which presents at the same table and the Kiev authorities and representatives of Donetsk and Lugansk, together with representatives of the Russian Federation and the OSCE,” – said the Minister.