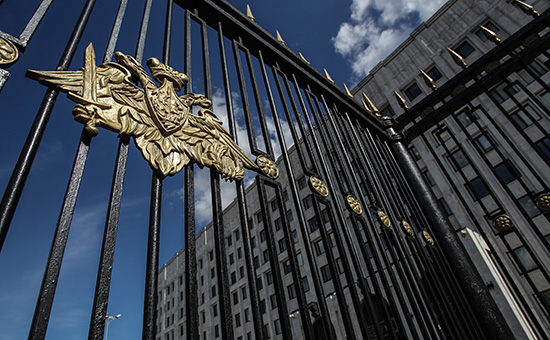 The defense Ministry denied information about the capture and execution by the militants banned organization “Islamic state” of Russian servicemen in Syria. As noted in the press service, all Russian military units stationed in Syria, “alive and well”

The Ministry of defense of Russia denied the information that the militants of the “Islamic state” captured and executed in Syria a Russian spy, reports “Interfax”.

“All members of the Armed forces of the Russian forces in Syria are alive, healthy and perform the task of combating international terrorism in their divisions”, — quotes Agency the message a press-services of the Department.

The defense Ministry noted that “the cause of the condemnation of the actions of individual media regularly reproduce information to international terrorist groups.”

Earlier, Reuters, citing data from research group SITE Intelligence Group, which monitors the Internet activity of radical groups, reported that “Islamic state” released a video of beheading a man the militants called a Russian intelligence agent. The video was recorded in the Russian language. On shots it is visible, specifies the Agency, as in the desert kneeling man in a black suit, who talks about his recruitment and calls on all “Russian agents” to give up the IG. Then another person is drawn to Russian language to Russian President Vladimir Putin with a warning about new attacks in the future and then decapitates the victim.

Russia takes part in the hostilities in Syria in the autumn of 2015, when at the request of President Bashar al-Assad, she began to apply airstrikes on terrorist targets. In March 2016, Vladimir Putin announced the withdrawal from Syria of the greater part of the Russian group. Currently, Russia provides armed support to the Syrian government, supplies to the Arab Republic of military equipment and training military specialists. Also in Syria continue to operate the base Hamim and the point of logistics of the Navy in Tartus.