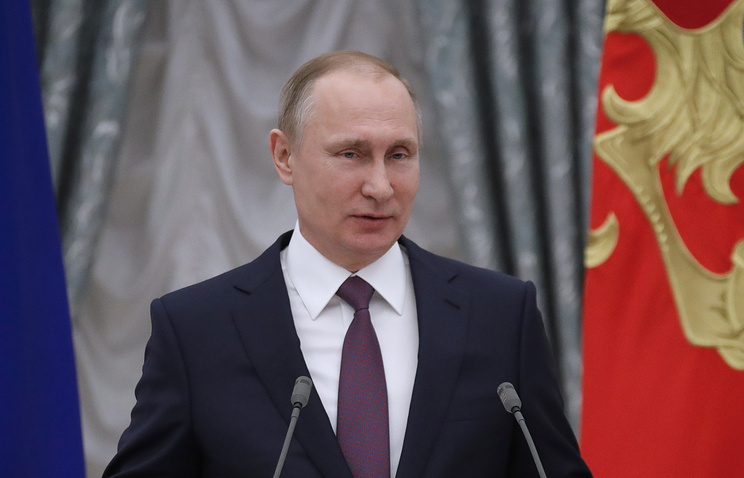 MOSCOW, may 8. /TASS/. The President of Russia Vladimir Putin congratulated the heads of States from 72-th anniversary of Victory in the great Patriotic war. This was reported by the press service of the Kremlin.

“The President of Russia has congratulated leaders of Azerbaijan, Armenia, Belarus, Kazakhstan, Kyrgyzstan, Moldova, Tajikistan, Turkmenistan, Uzbekistan, Abkhazia, South Ossetia and citizens of Georgia and Ukraine with the 72-th anniversary of Victory in great Patriotic war”, – stated in the message.

In the congratulatory message of the President of Russia underlines that “Victory Day is a sacred date and a symbol of the unparalleled heroism of our fathers and grandfathers who fought shoulder to shoulder on the fronts of the war and selflessly worked in the rear in the name of saving the Motherland and the whole humanity from fascism.”

Putin stressed that “the best tribute to soldiers is our joint struggle against all attempts to distort history, justify the criminal acts of fascism and Nazism.”

The head of state expressed confidence that the tradition of fraternal friendship and mutual assistance, forged in the crucible of war, will remain a reliable basis for the development of the allied partnership between our countries to ensure regional stability and security.

Putin gave a low bow to all the war veterans and home front workers, wishing them health, prosperity and long life.