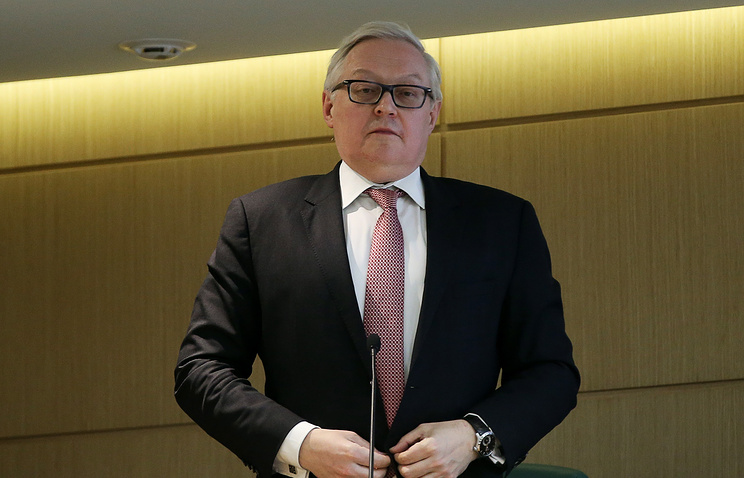 MOSCOW, may 9. /TASS/. The focus at the meeting of foreign Minister Sergei Lavrov and U.S. Secretary Rex Tillerson, which will take place on may 10 in Washington, will be devoted to the problems of the Syrian settlement. This was reported by TASS Deputy Minister of foreign Affairs of Russia Sergei Ryabkov said after talks with his us counterpart Thomas Shannon.

“The meeting allowed some problems to prepare deeper and better, including for further consideration at the level of Minister Lavrov and Secretary of state Tillerson, he said. – I assume that there the focus will be on Syria, so Mr. Shannon has done work in some way, probably by facilitating the bilateral agenda for Ministers to have more time to engage Syria and other international issues.”

“Consultation with Shannon was very detailed and quite useful. To say that we have moved forward on all issues, it would be an exaggeration, but some of the bilateral subjects were able to achieve greater understanding than before,” he said.

Deputy foreign Minister also noted that Russia and the United States intensifitsiruetsa working to improve the working conditions of diplomatic staff in both countries.

“Some of the topics the us side continues to work in traditional way, this applies in particular to the question of diplomatic property of the Russian Federation in the States of Maryland and new York, – the diplomat noted. It’s very distressing. A very detailed conversation was on terms of consular and diplomatic staff in both countries. We agreed to intensify work on this subject in the coming period”.

In Russian depodesta on the results of the meeting said that the diplomats discussed the possibility of resumption of dialogue on issues of strategic stability.

“The American initiative was also discussed problems of strategic stability and the resumption of a regular dialogue on this issue”, – stated in the message on the page of the Russian foreign Ministry in Facebook.

As noted in the Department, the Russian side emphasized that the normalization of bilateral relations “need to resolve a number of critical stimuli created by a previous administration of Barack Obama.” Ryabkov said that the previous administration of U.S. President Barack Obama “in violation of international law even went to the actual expropriation of objects of Russian diplomatic missions in the United States, which is our public property and possessing immunity.”