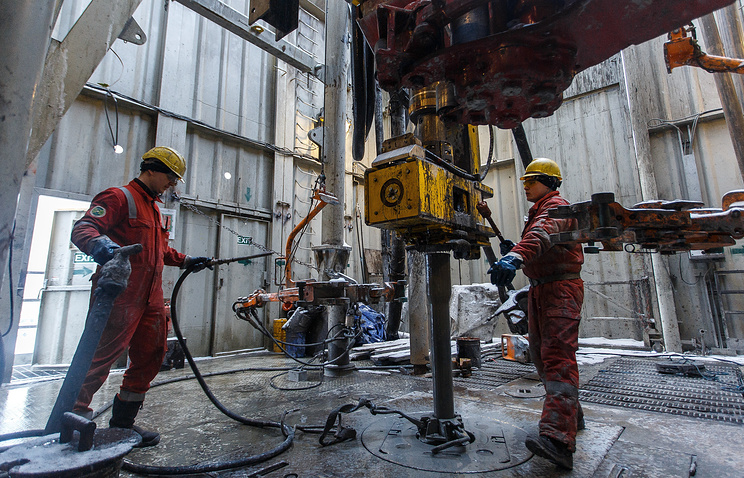 NEW YORK, may 9. /Offset. TASS Alexey Kachalin/. Western economic sanctions imposed on Russia in 2014, do not cause visible damage to the Russian oil industry. These restrictions primarily affect U.S. energy companies and to a lesser extent European. Such an opinion is expressed in the material published on Monday in the American newspaper the Wall Street Journal.

The sanctions Europe is not an obstacle

The most striking example in the publication called the American Corporation ExxonMobil, which the U.S. Treasury Department denied a request to withdraw from the operation of the anti-sanctions a number of joint projects with “Rosneft”.

The paper draws attention to the fact that unlike the United States, the European authorities comply with the sanctions regime are not so zealous, allowing for exceptions due to statutory limitations or terms of the contracts.

As examples, the magazine says that BP, which owns 19.75% of Rosneft’s shares, this share brought the British giant last year an additional $590 million in revenue. Italian Eni is preparing this year, together with Rosneft to begin drilling on the continental shelf of the Black sea and also plans to develop the continental shelf of the Barents sea. The French company Total as a partner of the Russian NOVATEK in the Yamal LNG project, is keen to participate in the other LNG projects Russian companies on the peninsulas of Yamal and Gydan. Other examples the article mentions Norway’s Statoil and British Royal Dutch Shell.

The unequal application of sanctions makes one wonder how effective are these restrictive measures of the West, the newspaper said. “When sanctions are not uniform, you have to deal with unintended consequences,” the newspaper quotes the expert bill Arnold, former Vice President of the Export-import Bank of the United States, whose main task is to assist U.S. exporters. “If the ultimate goal (the authors of the sanctions) was to deter development of the Russian industry, it is not clear that this happened”, – stated the expert.

As passed earlier this year, overall oil production in Russia in January – April increased by 0,8% – to 181,16 million tons.

USA will not make exceptions from the sanctions regime against Russia or for the oil company ExxonMobil, nor to other American companies. This position was identified in April in a press statement from the U.S. Treasury. The document stated that the decision agreed upon personally with the President of the United States Donald trump.

The newspaper the Wall Street Journal reported that ExxonMobil has applied to the U.S. Treasury with a request to withdraw from under the sanctions, imposed against Russia, a number of joint projects with Rosneft in the Black sea. The U.S. company referred the queries twice – in 2015 and in March of this year. At the end of last year as a candidate for the post of U.S. Secretary of state was nominated by Rex Tillerson, who led ExxonMobil since 2006, in February of this year he was confirmed in this post.

Previously ExxonMobil due to imposed against Russia sanctions turned 9 out of 10 joint with Rosneft projects, including exploration and potential production on the shelf of the Black sea, in the Arctic and in Western Siberia. According to the financial report of ExxonMobil, the company estimates the losses from sanctions amount to $1 billion Under sanctions and cooperation with Rosneft on exploration in the Kara sea, where in 2014 it opened a new field of “Victory” with reserves of 130 mln tons of oil and 499,2 billion cubic meters of gas.