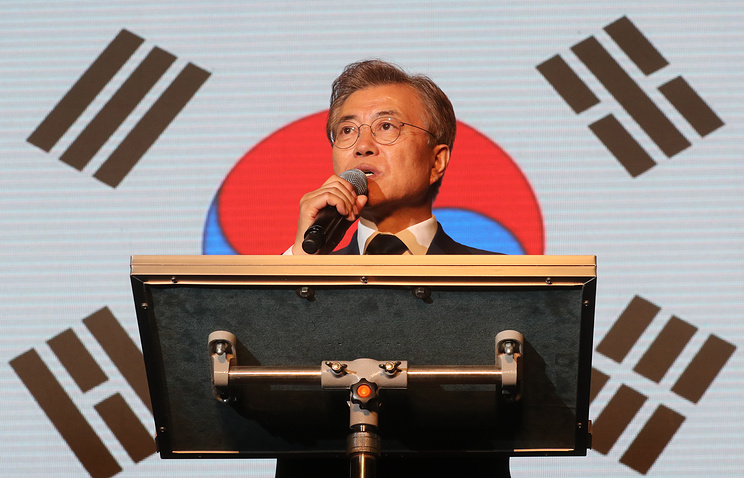 MOSCOW, may 10. /TASS/. Russian President Vladimir Putin on Wednesday sent a congratulatory telegram mun Jae Inu that at the election of the President of South Korea, and reiterated the readiness to intensify bilateral cooperation. About it reports a press-service of the Kremlin.

“In the congratulatory telegram Putin stressed that Russia highly values the constructive relationship with the Republic of Korea, and reiterated the willingness to work together to further enhance bilateral cooperation in various fields and coordination in addressing the pressing issues of the international agenda”, – stated in the message.

The Russian President expressed confidence that it is “the fundamental interests of the friendly peoples of our countries, is in line with the consolidation of peace, security and stability on the Korean Peninsula and in northeast Asia as a whole.”

Putin wished moon Jae Inu good health, prosperity and success in the work of the head of state.

Early presidential elections in the Republic of Korea was appointed after in March the constitutional court confirmed delivered in December, the now former President, Park Geun-Hye’s impeachment and removed her from power. Elections were held on 9 may. Moon Jae-In won them victory, gaining 41.1% of the vote. Given the extraordinary nature of the vote, he immediately had all the powers without any transitional period.