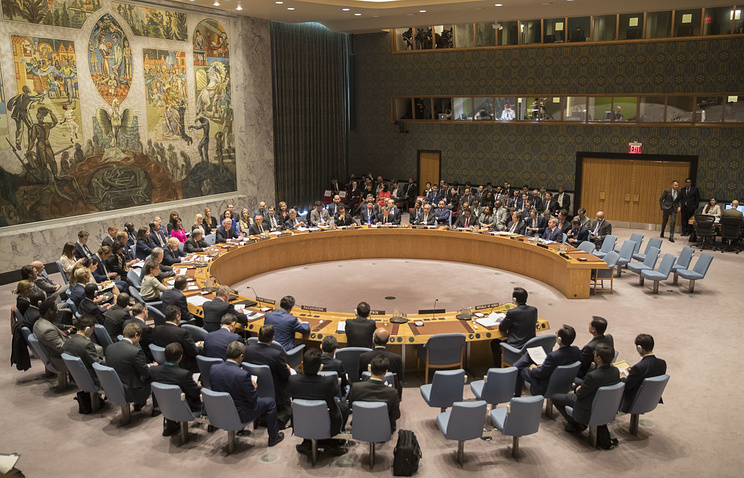 UN may 9. /Offset. TASS Oleg Zelenin/. The EU should not ignore the problem of neo-Nazism in Ukraine and in other countries. With such a warning made by the acting permanent representative of Russia to the UN, Peter Ilichev at the meeting of the Security Council on the activities of the European Union.

His speech the diplomat began by congratulating the members of the security Council with the 72th anniversary of the victory over fascism. “This great event has changed the world for the better and laid the Foundation of the UN. This victory made possible a genuine unification of Europe, not based on delusions of superiority of one over the other, but on the basis of equality and mutual respect,” said Ilyichev, noting that these values “should form the basis of the modern multipolar world”.

The acting permanent representative of Russia recalled that in recent years the EU essentially refused to support Russia introduced the draft resolutions of the UN General Assembly on combating the glorification of Nazism. “We cannot ignore the problem of neo-Nazism in the countries in which the Brussels patronage, including in the Baltic States and Ukraine. Moreover, it is unacceptable to play with this fire for the sake of momentary political goals. The lesson Europe should have learned,” said the diplomat.

He criticized the EU’s policy on a number of fronts, including the Syrian and Ukrainian issues, as well as the continuing use by the EU of unilateral sanctions bypassing the UN security Council. These restrictions, said Ilyichev, in most cases lead to further suffering of the population and not contribute to the settlement of crises. “This practice undermines the legitimacy of the United Nations and hurts the credibility of the EU”, – the diplomat added.

He noted that interaction between Russia and the EU “on many topical issues of the international agenda is not interrupted, although our relations are going through hard times.” According to Ilyichev, Moscow is set to “full cooperation with the European Union, focused on common strategic goals”, however, this interaction should be based “solely on the basis of equality”.