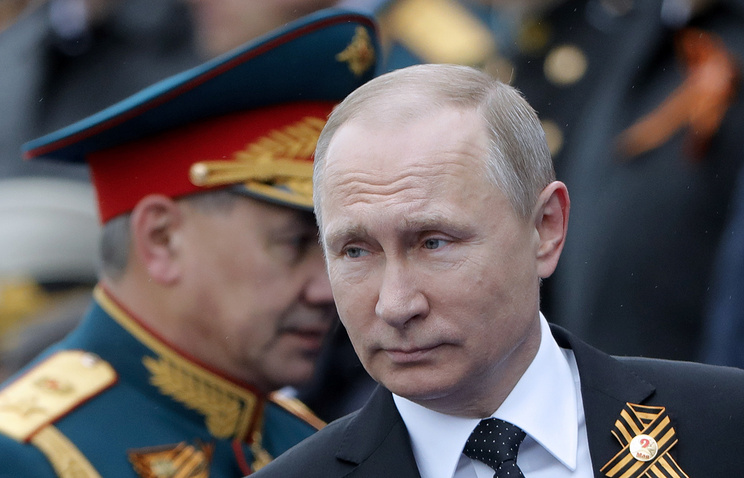 MOSCOW, may 9. /TASS/. The President of Russia Vladimir Putin congratulated the Russian people on the occasion of the 72th anniversary of the Victory in the great Patriotic war from the leaders of the CIS countries, as well as a number of other States. About this reported the official website of the Kremlin.

The head of Moldova Igor Dodon not only sent a message of congratulations to the Russian people, but also personally came to the celebrations on red square in Moscow.

In addition, telegrams of congratulations to the President of Russia sent the leaders of South Ossetia and Abkhazia Raul Khajimba and Anatoly Bibilov.

The President and Prime Minister of Israel Reuven Rivlin and Benjamin Netanyahu also congratulated the Russian people with the Victory Day.

“Israel admires the heroism and military prowess of the red army, played a crucial role in defeating the Nazis during the Second world war,” – said in a telegram published on the website of the foreign Ministry of the Jewish state.

Rivlin recalled that Putin during his visit to Israel in 2012, participated in the opening ceremony in Netanya of a monument in honor of the red army’s Victory over Nazi Germany. “This memorial we have erected, here in Israel, in token of our respect and admiration for the soldiers of the red army, wrote today Rivlin. – We will never forget their heroism and dedication in the fight against Nazism.”

Netanyahu also especially the feat of the Soviet people in the struggle against Nazism. “The heroic red army’s victory will forever be immortalized in Jewish history as the end of the systematic persecution and extermination of Jews in Europe and the liberation of the survivors of concentration camps in Poland and Germany”, – said in his congratulatory message, published on the official website of the Israeli foreign Ministry on Twitter.

“It’s hard to imagine how would the world look like today if not for the incredible sacrifice of the Russian people”,- he stressed.

The memorial is located in the heart of Netanya on the beautiful shores of the Mediterranean sea. It is located near the complex of “Beit Yad Lebanim” dedicated to the memory of the fighters fallen in the wars for Israel. To the monument visitors come on the “dark labyrinth” – the zig-zag passageway of black stone, the corners of which symbolize the key tragic moments in the history of the Jewish people. Then before visitors offers a “light at the end of the tunnel” – go on a Sunny, circular area with sea views in the center of which there is a sculpture in the shape of wings of a dove traditionally symbolizes peace and goodness and the human soul and the divine spheres.

My congratulations to the head of the Russian state and the Russian people gave as President of Nicaragua, Daniel Ortega, the President of the Republic of Srpska (BiH) Milorad Dodik, and the President of Bulgaria, who stressed that the historic victory 72 years ago have been achieved decisive contribution of the brave men and women who gave their lives to free the world from Nazism.