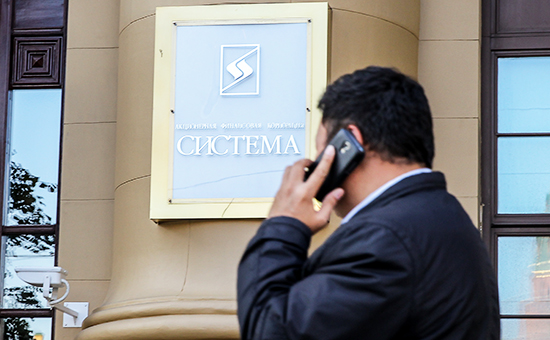 After reports about the intention of “Rosneft” to continue the litigation to recover from Sistema 106,6 billion rubles. the cost of the last dropped to about 13 rubles.

The value of the shares of Sistema on the Moscow stock exchange declined to 13.05 RUB apiece, which was a new low in more than two years, from the data exchange. In previous times below this level, the quotes were dropped on 30 January 2015.

Thus, the quotations back in the days when the majority shareholder and Chairman of the Board of Directors of AFK “Sistema” Vladimir Yevtushenkov was considered a defendant in a criminal case and was accused of money-laundering (part 4 of. article 174 of the criminal code) if you purchase in 2009 of shares of “Bashneft” and other enterprises of the Bashkir fuel and energy sector in the structures of the Ural Rakhimov. The criminal case against Yevtushenkov was terminated in January 2016.

Yesterday, 11 may, the value of the shares of “the System” fell by more than 12%: the minimum recorded today was more than 5% below the closing level Thursday.

Falling of stock quotes “the System” resumed after reports that Rosneft intends to continue litigation for the recovery 106,6 billion rubles in the Arbitration court of Bashkiria. That “Rosneft” submitted the claim to Arbitration court of Moscow, became known on may 2, after which the shares of “the System” fell by more than 36%. However, on may 10, the capital’s Arbitration court returned the claim, refusing to consider it because of lack of jurisdiction, which allowed the securities of the “System” grow in value, recouping part of the losses.

Press Secretary of “Rosneft” Mikhail Leontyev told RBC that the judge decided that the dispute should be dealt with at the place of registration of “Bashneft”, namely in Ufa, and “Rosneft” are ready to dispute in Bashkiria.

On 11 may there were reports that the Bashkir Arbitration received the claim of “Rosneft”, but then the representative of the court denied them. The representative of “Rosneft” on Friday reported that the text of the lawsuits filed in the Moscow and Bashkir arbitration, identical. Representative AFK “System” Sergey Kopytov RBC confirmed the previously announced position of the company in which the plaintiffs claim is illegal and unjustified.

By 10:30 GMT the value of the shares of the “System” on the Moscow stock exchange amounted to RUB of 13.32, which is approximately 3.2% below the closing level of the previous trading session.