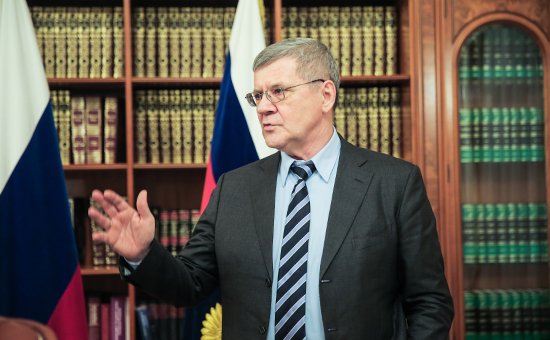 Prosecutor General Yury Chaika has cancelled the decision of his Deputy to return the case against the former head of “RUSNANO” Melamed for further investigation and sent it to the court. Chaika’s Deputy Viktor grin sent the case back to SK because of “flagrant violations”

The decision to return the criminal case against the former head of “RUSNANO” Leonid Melamed and former CFO Svyatoslav Ponurov to the Investigative Committee cancelled, it is sent to the court by the General Prosecutor Yuri Chaika. This was announced by the representative of the Prosecutor General of Russia Alexander Kurennoy.

The press service of the Prosecutor General had previously reported the case of a Melamed for further investigation due to the fact that was “revealed serious violations of the provisions of the criminal procedure law.” The case was returned to SK may 2, said the Prosecutor’s office.

The consequence of suspects Leonid Melamed in the embezzlement of more than 220 million rubles in 2007-2009. According to the UK holding then a post of head “Rosnano” Melamed concluded with Corporation “Alemar” contracts for consulting services. In this case, the co-owner of “Alamara” was himself a Melamed. For this reason, the investigators believe that Svyatoslav Ponurov and Deputy Melamed, Andrey Malyshev transferred money to the accounts of “Alamar,” although no services he had. On completion of the investigation in respect of a Melamed SK reported in June 2016. Melamed pleaded not guilty.

According to sources RBC FSIN, Melamed was released from house arrest under which he was from July 2015, in connection with the expiration of a deadline of detention.