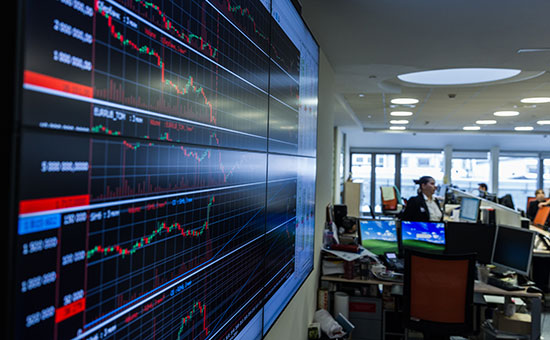 Due to serious problems for clients of National settlement Depository was unavailable communication channels international interbank communication system SWIFT, as well as Depository services. Experts point out that it was the biggest failure in the NSD

The work is part of the services of National settlement Depository (NSD), the Central Depository of Russia for the exchange and OTC settlements, was suspended in the first half of the day may 10, said the Depository on its website. Because of these issues, for those NSD’s clients was unavailable communication channels international interbank communication system SWIFT, as well as Depository services.

As explained RBC in the press-service of the NSD communication channels was damaged during construction work in Moscow. Not working channels, providing communication between the office and one of the data centers of NSD, said the spokesman. Soon, however, the system that provides the services of SWIFT, was transferred to the backup site, which helped to quickly restore the claim to the press service of the NSD.

In a press-service of the Bank of Russia said that the regulator is informed about the technical glitch in the NSD. “According to preliminary information, the cause of failure is damage to the communication channels. The Bank of Russia expects more information from the NSD to establish the circumstances of the failure and the measures taken for its elimination”, — said the representative of the press service.

National settlement Depository is included into group of the Moscow exchange. NSD is a Central Depository of Russia and conducts all exchange settlements and a major part of OTC. The volume of securities deposited as at 31 January 2016 was 36.6 trillion.

A source familiar with the situation added that a cable break has occurred in several kilometres from the office of NSD. “One of the venues of the NSD while not fully restored, works on backup resources,” — said the source publication.

A source in one of the major banks — clients, the NSD reported that the small failures, particularly with the software upgrade, occur in the depositories once in a week, however, crashing may 10 — the largest in history. “Seriously, NSD refers to the continuity of business. They often conduct stress tests for their systems, and, as far as I know, they still managed to adhere to the standards,” — said a top Manager of one of the banks included in the top 15 by total assets.

Who is touched by the interrupt system?

According to experts, the unavailability of communication channels SWIFT could feel around 40-50 organizations. As explained RBC a source familiar with the situation, it is unlikely the big banks, which are usually served in SWIFT without a mediator.

On SWIFT’s web site indicated that all clients can access the SWIFT in three ways. The first is an independent connection with the purchase of the interface, the second is the connection to the “cloud” SWIFT and the third one is collective access. Collective access in Russia are provided by five companies, among which in addition to the NSD “Integrator it”, BFK, “all’yans faktors” and Bellwood Systems, said the interlocutors RBC in one of the depositories.