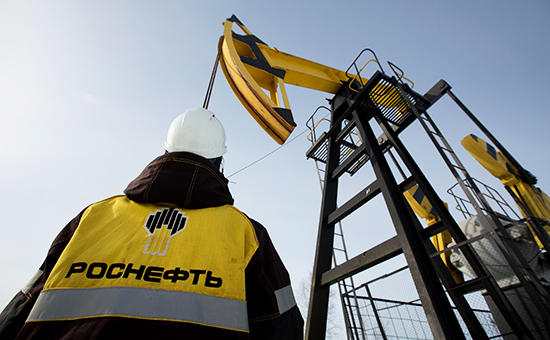 “Rosneft” has faced problems at the closing of the acquisition of the Indian refining company Essar Oil Limited due to the fact that six of creditors Essar has still not approved the transaction. About it reports Reuters, citing sources close to the negotiations.

Agency sources in the industry and in the banking market, the Agency said that Essar owes creditors, hindering the closing of the transaction, about $500 million According to interlocutors, we are talking about IDBI Bank, Punjab National Bank, Syndicate Bank, Indian Overseas Bank, Life Insurance Corporation of India and non banking sector companies IFCI Ltd. The official comments to the Agency all the organizations refused.

One of the interviewees said that tensions between Rosneft and Essar are now “very high”. Another source of Reuters says that “Rosneft” wrote Essar, threatening to change the terms of the transaction, including to pay a lower price if the issue of approval by creditors of the transaction will be delayed.

According to another source Reuters, “Rosneft” planned to close the deal in early June at the St. Petersburg international economic forum where Prime Minister Narendra modi should meet with Russian President Vladimir Putin. However, according to the source, and “the hope has disappeared.”

“The parties are working on getting permission”, — quotes Agency the comment of the representative of Essar. “We hope that the deal will be completed in the next few weeks,” he added.

Billions to India: why Rosneft partners has acquired Essar Oil

Essar Oil, the second largest refinery in India. In October of last year “Rosneft”, Dutch oil trader Trafigura, one of the largest sellers of its oil, and the Fund UCP Ilya Sherbovich, which in 2012-2013 was in the Board of Directors of Rosneft, have signed contracts to purchase 98% of Essar Oil Ltd at Essar Energy Holdings and its affiliated companies, owned by brothers-billionaires Shashi and Ravi Ruia.

“The closing process is in its final stage and it is expected that it will soon be over,” said Reuters the representative of Trafigura, a UCP representative declined to comment.

10 may the Vice-President “Rosneft” Pavel Fedorov, during a conference of the stake said that the company plans to close a deal to buy Essar to the end of the second quarter.

The completion of the transaction was delayed several times already. In mid-October, UCP and Trafigura said they plan to close the agreement for the purchase of its stake in Essar Oil by the end of 2016. It didn’t happen then. In early April, RBC wrote that the parties planned to complete the transaction on 31 March, but then nothing happened. The source of RBC, close to one of the parties to the transaction, then explained the postponement of the closing of the transaction including the “technical moment”, as Essar “too many creditor banks, not all managed to negotiate”. “Within a few weeks we’re going to get approval from the remaining banks, and then you can close the deal”, — said the interlocutor of RBC.