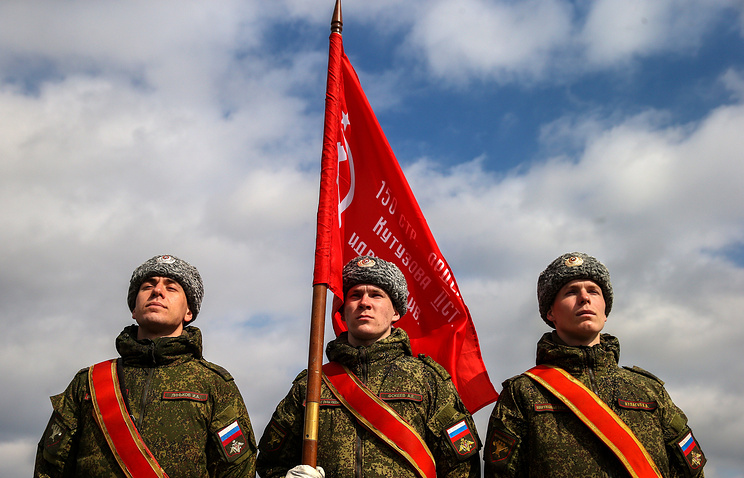 MOSCOW, may 11. /TASS/. The Federal Antimonopoly service has warned about the inadmissibility of unjustified use in advertising symbols of Victory in the great Patriotic war.

“In connection with publications in mass-media statements by the Chairman of the Federation Council of the Federal Assembly of the Russian Federation Valentina Matvienko on the protection from the commercialization of symbols of Victory in the great Patriotic war of the FAS of Russia reports that says invalid use that in advertising symbols of the Victory”, – it is told in message FAS.

Advertising containing such offensive images, recalled from the front, it is now recognized violate the advertising law and suppressed by the Antimonopoly bodies. “However, the Ministry is ready to support changes in legislation to ban unjustified usage in advertising characters (symbols) of the Victory”, – stated in the message.

Earlier, the speaker of the Federation Council Valentina Matvienko said that the initiatives which propose to exclude the use of symbols of Victory for commercial purposes, you must set your bills. In particular, she said, to make ribbons fashion is unacceptable.

As previously reported, Deputy Secretary of the General Council of the party “United Russia”, state Duma Deputy Yevgeny Revenko said the intention of the party to study the question of the legal status of the symbols of Victory and their use in commercial advertising. Revenko noted that recently the cases of a cynical use obscheuznavaemoe symbols of Victory in the great Patriotic war in commercial advertising. The legal status of these characters is not fixed in the current legislation.