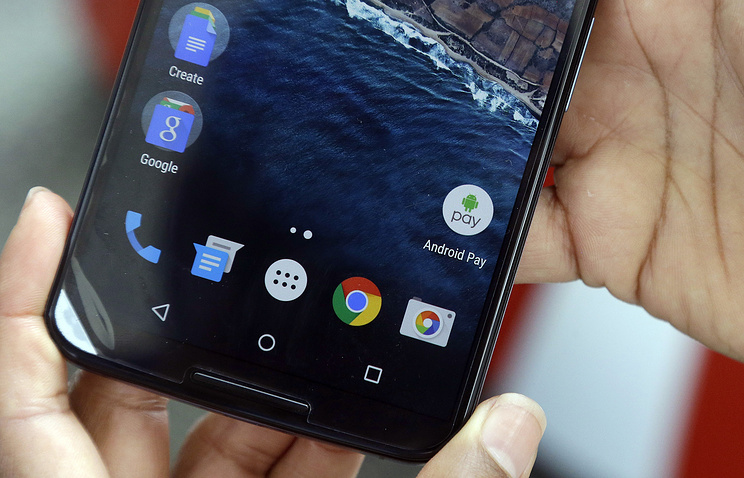 MOSCOW, may 13. /TASS/. Russian users of smartphones with Android operating system, which is owned by the American Corporation Google, began to receive notifications about the availability to install apps contactless payment device is an Android.

For example, a notification about the possibility of installing apps from the Play Market app store, has received TASS correspondent that uses a smartphone with Android version 7.1.2. Users of Android smartphones with earlier versions of operating system such notification is not yet received.

When you first launch the app Android Pay system offers to add a credit card, but you cannot do that. In particular, the correspondent of TASS failed to add the card of Sberbank and Alfa-Bank – the application is informed that these cards are not suitable. “Your Bank is not allowed to add cards of this type in Android Pay”, – stated in the message. In this first card is actually charged 30 rubles, which is indicated as “buy”, and as the seller specified Google Services, then undoes this transaction.

The system also offers to contact Bank employees for more information. In the list of banks participating in the system and cards support Android Pay banks grouped by country, but Russia is not there. The list contains banks of countries such as USA and UK, Japan, Australia, Belgium, Hong Kong, Singapore, Ireland, New Zealand and Poland.

That Android Pay will work in Russia in the spring of 2017, was previously reported by RBC with reference to sources in Bank circles. According to sources, RBC among banks that are already in February, worked on the implementation of the system, Sberbank and Alfa-Bank. Google was unable to immediately comment on the situation.

Android Pay is a contactless payment system based on payment service Google Wallet, which was introduced in 2011. Later, the development was renamed as Android Pay, her announcement took place in 2015. Earlier in Russia have earned the services, contactless payment, Apple Pay and Samsung Pay. They were started on 4 October and 29 September 2016 respectively.