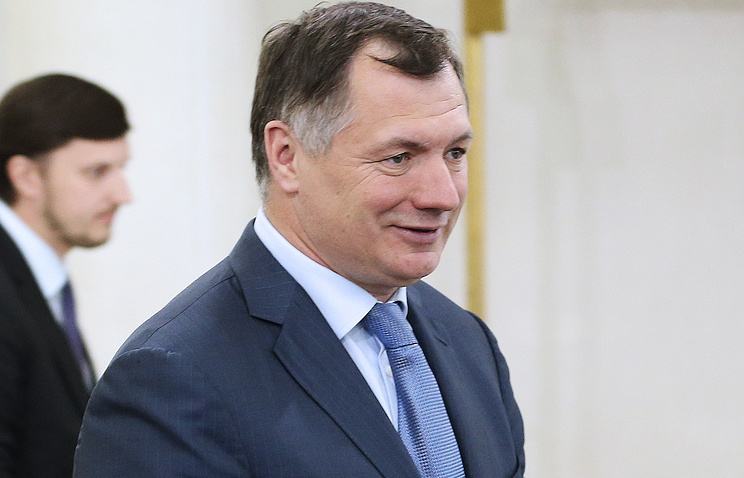 MOSCOW, may 12. /TASS/. Preferential mortgages for immigrants from the five-story building, which will want to expand the area of their homes more provided to purchase additional, can be at 8-8,5% per annum, which is significantly below the average mortgage in its current form about 12%. This was announced by the Deputy mayor of Moscow on urban policy and construction Marat Khusnullin in an interview with the newspaper “Komsomolskaya Pravda”.

“We will not give the apartment number written in the old Khrushchev, the family will receive equivalent housing. How many rooms, so many give. But for those who want to add a room or increase the area, by the time of the adoption of the law will prepare a preferential mortgage, perhaps in the range of 8-8. 5 percent. But the decision is not final until the level of discussion. We are currently negotiating with the savings Bank considered various options for installment payments,” he said.

At the end of March 2017 it was reported that the Agency for housing mortgage lending (AHML) is prepared to participate in the implementation of joint preferential mortgage programs with the Moscow government in the framework of the resettlement of residents of demolished five-story building. The Agency as the primary state Institute of development of mortgages in Russia is preparing a corresponding proposal to start such a program. About the cooperation with AHML in an interview Khusnullin not mentioned.

As also previously discussed, another aspect of the mortgages in the relocation of five-storey buildings – we are talking about the transfer of the mortgage of the apartment in the five story building at an apartment in the new house. So, the mayor of Moscow Sergey Sobyanin said that for owners of mortgage apartments the law on the renovation of the housing stock of the capital will be provided the rate of replacement of the mortgaged property (the old apartment to the new one) with preservation of conditions and obligations previously established with the concluded pledge agreement. The mayor assured that the right to demand early repayment of the loan from the Bank will not.

Thus the Deputy of the state Duma from “United Russia”, one of the authors of the bill Nikolai Gonchar assured that these issues do not need changes to existing legislation. Similarly, there should be no problems for those owners of a five-story building, who when moving into a new house want to buy a bigger apartment – special laws not needed, says Gonchar.

Meanwhile, preferential mortgage residents of relocated houses in Moscow is unlikely to be implemented without the involvement of the seller. The Agency, established in 1999, with a 2015 start to build up a single development institution in the housing sector. So, in March 2015, as anti-crisis measures in Russia with the participation of the seller has been running the largest at that time, the program “mortgage with state support” (subsidized mortgage). The rate fell to 11.5%.

According to the Ministry of the Russian Federation, subsidies were given minus a 3.5-5% of the average rates at the end of 2016 or minus 1.5 – 0.5%, which allowed citizens to acquire housing with a total area of about 20 million square meters.

Initially the program was designed for a year, but it was extended until 31 December 2016. Discussed options for renewal as a change of the interest rate and the extension of the program only to certain categories of citizens. However, the government decided not to extend the program to 2017, as commercial banks have already lowered mortgage rates to 12% and below.

The construction Ministry expects lower mortgage rates to below 10% by the end of 2017, while maintaining a positive Outlook in the economy. The head of Sberbank German Gref also predicted in 2017, the reduction of mortgage rates to new historical lows. However, for some categories of citizens the different forms of benefits may still be relevant, especially not planned the extension housing, but who can think about it in the resettlement of the capital of Khrushchev.

About the renovation project

In early 2017, Russian President Vladimir Putin instructed the mayor of Moscow Sergey Sobyanin to demolish all the so-called Khrushchev in the capital, and in their place to build new homes. The program is designed for at least 10-15 years. When around the July 2017 to be determined, a list of houses subject to demolition, will become apparent volumes of renovation. According to preliminary data, it was about 25 million square meters.

While in the list for voting residents, which will be held from 15 may to 15 June, slightly more than half of homes: 4.5 million instead of the nearly 8 thousand, which are home to 1.6 million people. As reported in the list for voting included the building that meet two conditions: unsatisfactory technical condition and the support of a significant majority (70%) of respondents in the inclusion of his house in the draft programme. In the initial phase to be funded the program will be from the city budget. Below the house was demolished, the necessary support for this decision from two thirds of owners of apartments.

In early March in the state Duma introduced a bill regulating the procedure of renovation of five-story housing in the capital. On 20 April, the document was adopted in the first reading. Speaker of the state Duma Vyacheslav Volodin proposed to postpone the second reading of the resonance of the bill until July.