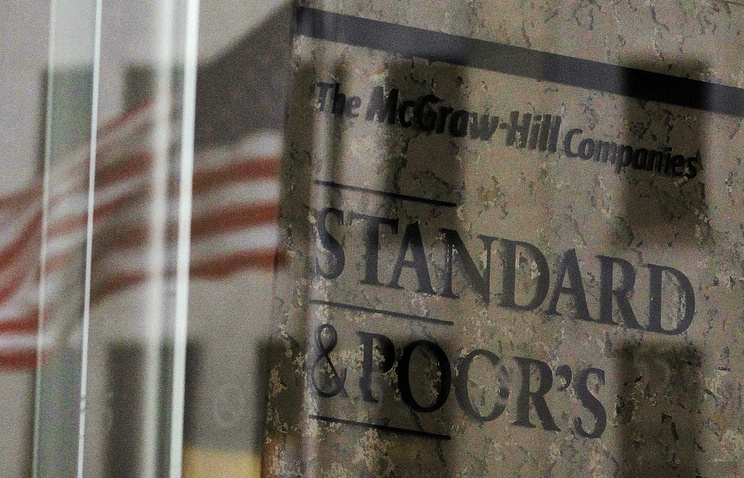 MOSCOW, may 12. /TASS/. International rating Agency Standard & Poor’s (s&P) affirmed long-and short-term ratings of Ukraine in foreign and national currencies at “b -/”. About it reported in a press release from the Agency.

The forecast on ratings – “stable”. In addition, the Agency affirmed the national rating at the level “uaBBB-“.

The affirmation also reflects the improvement of macroeconomic indicators of Ukraine and the significant progress made in reforming the financial and energy sectors on the one hand, and with another – risks due to substantial payments of principal amount and interest on the obligations.

The main negative rating factor, according to the Agency, are the major payments of principal and interest thereon, coming in 2017-2020 years in the amount of more than $20 billion (about 21% of GDP in 2017). S&P experts expect that Ukraine will fully perform its short-term liabilities on sovereign debt this year ($2.6 billion) and 2018 ($3.9 billion), with funds from official creditors, the existing reserves of foreign currency and hryvnia at the NBU, and the ability of government to attract funding on the domestic and foreign markets.

As a positive factor, S&P notes that a resumption of economic growth in the country in 2016 after a decline of the economy in 2015. So, GDP growth was 2.3%, which was caused by the significant growth of inflows and a significant grain harvest in the fourth quarter.

At the end of April, Fitch ratings affirmed the long-term sovereign rating of Ukraine in foreign and national currencies at “b-” with “stable” Outlook. The Agency stressed that the growth of Ukraine’s GDP is 2.3% in 2016 exceeded expectations. The analysts predict a slowdown in the economic growth of the country by the end of 2017 to 2%, and in 2018 – acceleration to 3% due to improved consumer demand and increased investments.