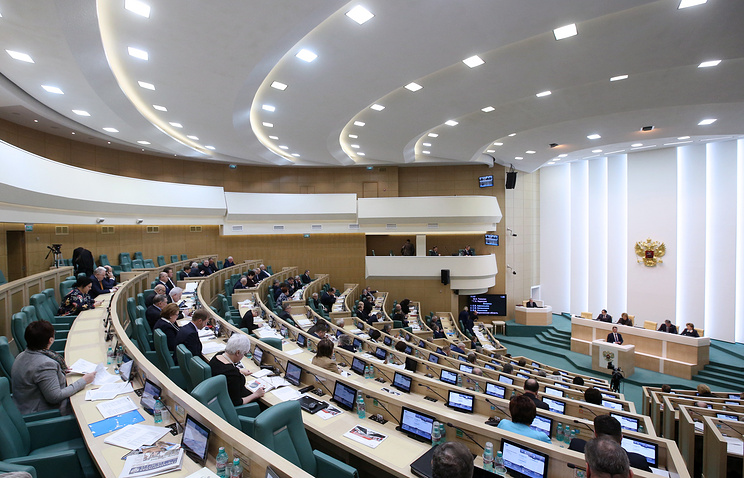 MOSCOW, may 12. /TASS/. A new bill in respect of self-employed people did not impose any restrictions and prohibitions, stressed participants of the meeting of the Federation Council Committee on budget and financial markets held on Friday. As reported in the press service of the upper house, senators debated the legislative initiative on amendments to the Tax code, which for these citizens the possibility of taxation in the form of the acquisition of the patent. The participants of the meeting stressed that the bill does not offer any prohibitive measures against the self-employed.

“In particular, there were no prohibitions regarding the provision of health services, pensions, travel abroad and so on,” – said the press service.

Now according to various estimates, in Russia the self-employed category applies from 15 million to 22 million people. We are talking in particular about the Tutors, nannies, nurses, those providing cleaning services and housekeeping. Current law exempts them from income tax and insurance contributions for two years. The regions can set other types of services revenues from the provision which exempted from taxes however, there remains uncertainty in respect of taxation after the expiration of the exemption from tax on income of physical persons and insurance premiums.

What is offered to the senators

The bill proposes to amend the Tax code and provide for these individuals, providing certain types of services without registration as individual entrepreneurs, the possibility of tax received by them from such activities income in the form of the acquisition of the patent.

The subjects of the Russian Federation will be free to determine the amount of fixed advance payment, taking into account peculiarities of the region. The premiums for this category of taxpayers is proposed to be set at a lower rate of 5% of the minimum wage per month in a single payment (3% for compulsory pension insurance and 2% for compulsory health insurance).

According to the senators, this will allow self-employed out of the shadows and pay taxes. As noted at the meeting, you need to define in the legislation the concept of “self-employed”, as there are several categories of such citizens, including those who have a permanent job and earns, those who are not formalized for some other reasons, as well as those who are not working and receives no income, but want to be considered self-employed.

In addition, it was noted that the self-employed, who receives from this activity income is below the subsistence level, do not have to buy the patent. And check self-employed should be implemented in a declarative and not permissive order.