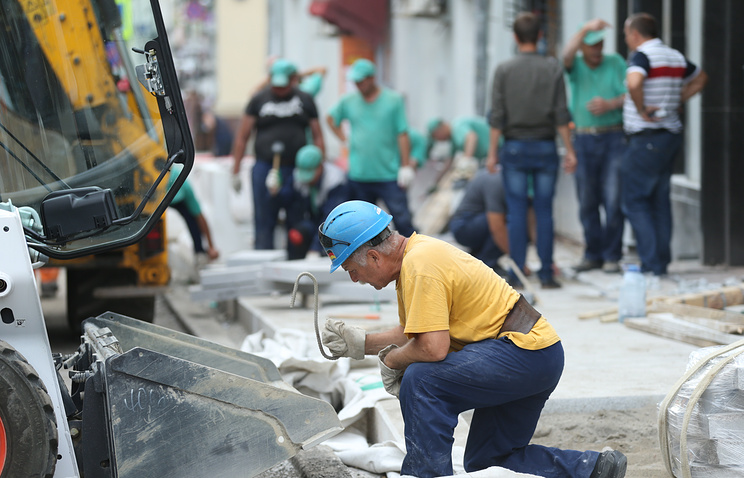 SARATOV, on may 14. /TASS/. About 20 million rubles on average needed for the improvement of one hectare of the urban environment in Russia. This was in the framework of forum “Environment for living: the apartment and the city”, told journalists the head of the project test improvement of the station square in Saratov design Bureau “Arrow” Daria Paramonova.

“We have common economic calculations for the implementation of improvement projects in the regions. According to our data, the improvement cost per hectare of the urban environment in Russia on average is about 20 million rubles. The value can be adjusted, depending on objectives and tasks – where you need to focus on creating transport interchanges, somewhere, sufficient to carry out landscaping, etc.,” said Paramonov.

The speaker said that at present in Saratov is a test project for landscaping on the Forecourt. There was created a pedestrian area and installed signs Parking that is less than the usual 30%.

“There is research that says that the road signs are smaller in size do not pose a threat to emergency situations, but it does not detract from the overall historic appearance of the city. On the Forecourt we have installed such signs, the data obtained can then be used in other cities of the country,” said Paramonov.

The first forum “Environment for life” was held in Technopark of Innopolis near Kazan in October 2016. The forum was attended by about 350 leading Russian and foreign experts and representatives of authorities. The forum participants were leading international architects, urbanists from Spain, Germany, Canada, Netherlands, Japan, UAE, USA and other countries. In just two days the event was attended by over 800 guests. The TASS news Agency acts as information partner of the forum.