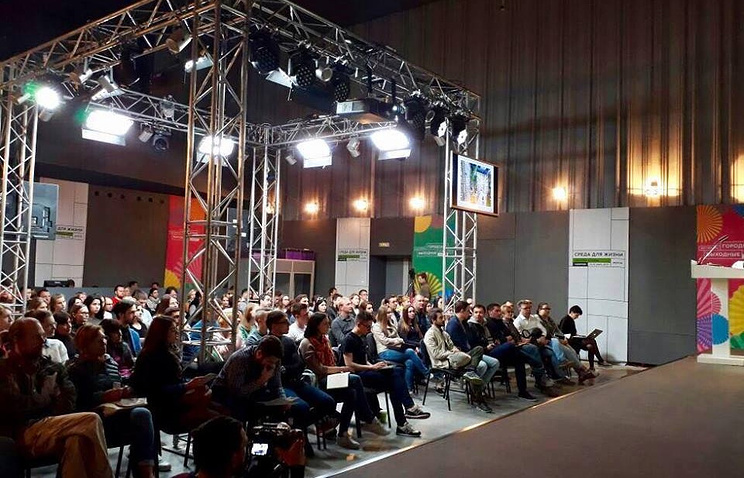 SARATOV, on may 14. /TASS/. The need to create a variety of offers on the housing market and development standards flexible planning of apartments, as well as the importance of clear planning and visualization in making important decisions – components that are missing today, the housing market in Russia. That’s the conclusion reached by experts at the round table “to build housing?” at the urban forum “Environment for life. The apartment and the city” in Saratov.

“No suggestions for a quality urban environment, which would be nice to be the same as in nature. We have this diverse, vibrant, filled with a variety of features of the urban environment virtually no. It is mainly concentrated in the centres of historical cities and in the Stalin building. And such areas we have only 5% of the total share of urban areas”, – said Ekaterina Maleeva, project Director at consulting Bureau (KB) “Arrow”.

She also added that it is necessary to find a way to create another quality in the delivery program for the construction of new housing. “With regard to the strategic moments – our whole system in which we still were, has extensive character – we started in the late 50’s to build a massive residential development and we continue to increase volumes and documents of territorial planning is designed to increase areas of the city are under construction. All the cities are growing and it is very important to pay attention to the renovation of the built up territories in search of growth points within the boundaries of the already existing buildings and improve the quality of existing urban areas, and this is possible, there are many examples in international practice”, – said Maleeva.

The main requirement for the housing of the future, as noted by Maleeva – a variety of options and approaches to construction. “Housing should be different. Now the main housing consists of prefabricated houses with the same layout, the most important challenge that we have is to switch the entire industry with the repetition of the variety and do it with flexible standards. These are codes which focused on effects and not on the regulation of certain parameters,” she said, adding that flexible standards stimulate innovation. “If every time you’re forced to invent new ways, the winner is the one who comes up with an easier way,” – said the expert.

Housing as a response to new realities

Experts say that modern housing should meet the challenges confronting the city and the needs of different categories of citizens. “Our children are just buying for them, quality is to pay less money and get more square meters. And I think that our descendants will have to buy and pay for the use. And to pay for the use of both the apartment and the area. No one is expecting that there will grow trees or build a cafe, people immediately want to get it,” – said co-founder and chief architect of UNK Project Julius Borisov.

He also noted that today people are not ready to wait, when will begin the beautification of the city. “People want to come and that they were all fine – you can work here, play here, etc. and it seems to me that when designing or renovating cities in the first place to look for hospiltality, now it is not a myth. In the same Kazan Innopolis, they Telegram the city is being run. In Moscow – “the Active citizen”. People just want to spend your life energy in exchange for a ready-made environment”, – said the expert.

Borisov also noted that the example of a city that has its own way, can be called SKOLKOVO. “He has his own brand and essence. This city found their goal – science and its commercialization. And all this education is only implemented to achieve this. And then there is a varied environment for students, startups, professors. Also there are different places of application, good infrastructure, in terms of transport,” he said, adding that now Russia faces the task of finding meanings for each city: what is now and what will happen in the future.

Managing partner of “New earth” Ivan Kuryachiy believes that it is important to consider the city as a whole. “The city is in fact a platform for creation and development of human potential and social capital. It’s more expensive, factories, ships, people – the most important resource for development for development. Accordingly, the human potential is the development of education, health, well-being of every individual, it’s social capital is how a connection between these people, residents of the city. This is a good indicator for the development of civil society and opportunities for joint collaboration and implementation capacities,” explained Kuryachii.

He also added that the cities that provide the best conditions for the development and implementation of human and social capital, in the modern world are leading and they attract active citizens, business. “According to our survey, small cities such as Belgorod, formed layer to attract business, while at the same time, large cities, like Volgograd and Nizhny Novgorod, they lose population, they did not come to new investments. For example, the Belgorod annually monitor what the situation is with the well-being of citizens, they have the highest life expectancy among Russian cities outside the Caucasus. And it’s an interesting approach that they implement quite a long time,” said Kuryachii.

In this regard, housing should not be considered as a separate component, the expert believes. “Housing is part of a whole, and therefore housing policy should be conducted in conjunction with the policy on development of transport system, creation of scenarios for the use of urban spaces to create urban activities, etc. Then the important thing – an integrated approach, and in this respect the programme for the development of the urban environment must deal with not only the Ministry, we still have Minaz, the Ministry of labor, Ministry of environment and all those professionals who should be involved in shaping the urban environment in Russia in 21 century”, – he concluded.