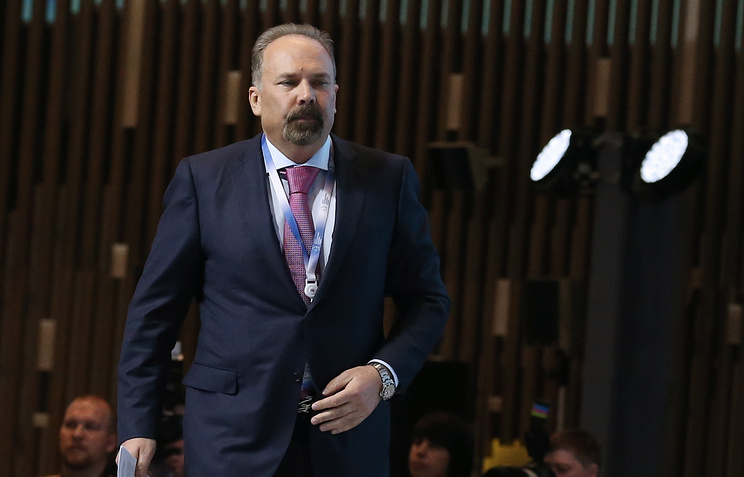 MOSCOW, may 14. /TASS/. Eleven regions of Russia are lagging behind the pace of resettlement from dilapidated housing of the targets due to incorrect administration of governors. This opinion was expressed by the Minister of construction and housing Mikhail Men in an interview with NTV television.

“Unfortunately, some regions are lagging behind. According to our estimates, 11-12 subjects may not finish in time before the end of this year, and it will be their personal responsibility, he said. – My opinion is: in most cases this is the wrong administration by the governors of this program. If the Governor leads her personally, he leaves the building, looks, conducts meetings and keeps a finger on the pulse, all right.”

The head of the Ministry did not elaborate on what regions are being referred to.

The Minister said that for its part is doing everything possible to remedy the situation and looks forward to maximum cooperation with the regional governors. “We hope that all will eventually be very serious to the execution of the may decrees”, – he stressed.

The current program of resettlement from dilapidated housing is valid from 2014 until September 2017. The Ministry of construction jointly with the Fund of assistance to reforming housing and communal services should be relocated from emergency housing 733,23 thousand. According to the housing Fund, the total area of emergency shelter, recognized as such until 2012, is 11.37 million sq m This plan is made by almost 73%, that is left to settle at 3.02 million square meters of dilapidated housing, where 191 thousand.

According to the annual report for the year 2016, 14 regions had fully settled all the emergency housing Fund, established before January 1, 2012. Among them, Ingushetia, Kaliningrad oblast, Moscow oblast, Moscow, Saint-Petersburg, Nenets Autonomous Okrug, Chechen Republic, the Magadan, Ryazan, Tambov, Rostov, Tyumen region, Karachay-Cherkessia and KHMAO. In 49 regions achieved the targets for the resettlement of the entire amount of dilapidated housing from 70 to 99%, 20 regions have reached the target of less than 70%. Among the Laggards – Tuva Republic and Zabaykalsky Krai.