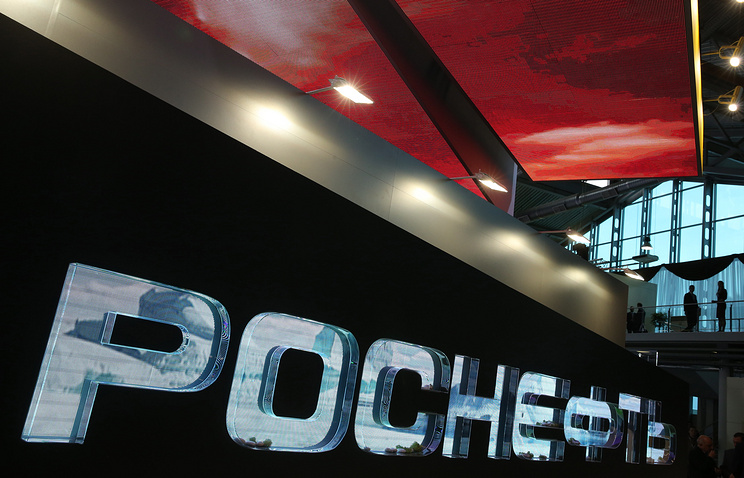 UFA, may 15. /Offset. TASS nail Shachmaliev/. The arbitration court of Bashkortostan appointed on 6 June session under the claim “Rosneft” to AFK “Sistema” and “System-invest” for the recovery 106,6 billion. This is stated in the materials of the court.

The statement of claim filed date of meeting – June 6 at 9:00 Moscow time, to the materials.

Initially, “Rosneft” and “Bashneft” has submitted the claim to AFK “Sistema” and “System-invest” in the Moscow Arbitration court, but the court on 10 may returned the claim of lack of jurisdiction of the case. According to the court, the claim should be considered at the place of registration of Bashneft in Ufa. “Rosneft” and “Bashneft” has submitted to Arbitration court of Bashkiria the same claim.

The Arbitration court of Moscow, the arguments claim that the defendants (AFK “System” and “Sistema-invest”), which is jointly owned in 2010-2014 more than 73% of shares of “Bashneft”, reorganized the company, which “Bashneft” has lost 49.41 percent of the shares of JSC “System-invest”. In addition, was produced by the repurchase of 16.8% of shares of “Bashneft” from minority shareholders for the account of the Issuer with their subsequent repayment. Also the subsidiary of Bashneft, was transferred liabilities in the form of outstanding contracts loan to “Bashneft”, for which commitments were stopped by coincidence of the debtor and creditor in one person. “Rosneft” demands from AFK “System” and “Sistema-invest” for damages caused as a result of these actions of “Bashneft”.

Prime Minister of Bashkortostan Rustem Mardanov told TASS that the Republic’s authorities are in mutual understanding with Rosneft for its claim to AFK “Sistema”. According to him, the claim seeks to protect the rights of shareholders, including Bashkiria as the holder of 25% of shares of “Bashneft”.

From 2005 to 2014 “Bashneft” was part of the AFK “System” Vladimir Yevtushenkov, after which he was returned to state ownership.

The presidential envoy in Volga Federal district Mikhail Babich said that in the case of confirmation of the damage caused by “Bashneft”, the perpetrators should be held accountable.

“Over the past six months the new management of “Bashneft” was a full scale audit, said Babich, “the Russian newspaper”. – As a result of lawsuits filed in the court in which the possible amount of damage and the circuits used in the company. As “Bashneft” is not only the largest taxpayer in Bashkortostan, but the main social partner in the region, funding a number of important social projects, law enforcement agencies, in case of confirmation of the stated charges, should do everything to prosecute the perpetrators, and to compensate for a proven consequence and court it is financial damage suffered by the company and tax system of the Russian Federation”.