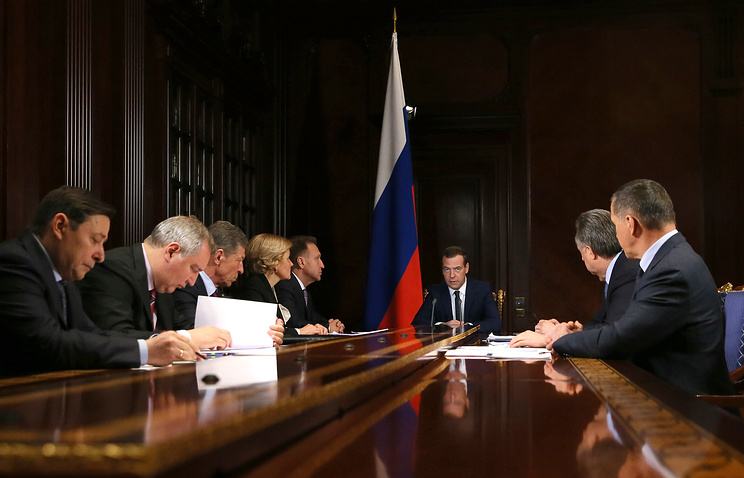 GORKI, may 15. /TASS/. Prime Minister Dmitry Medvedev approved the updated criteria for the creation of new special economic zones (SEZ), requiring, in particular, to assess its profitability and the payback period. As stated by the Prime Minister at a meeting with Deputy Prime Ministers, according to documents that he signed, a similar assessment will be required to hold the regions and municipalities.

“The document introduces new criteria for the establishment of such areas (SEZ), because they were created many, and not all proved to be effective”, – said the Prime Minister. “Now in the establishment of new economic zones will be required to provide an estimate of the profitability of return and payback period, you need to have project planning and development prospects of the territories. It should do the regions and municipalities”, – said the Prime Minister.

Medvedev added that in the preparation of the relevant documentation will need to perform the whole range of issues, including environmental risks, opportunities associated with repairing the potential damage to the environment. In this case you will need to choose a management company for such SEZ, which has experience in creating the necessary similar infrastructure.

The Prime Minister urged to monitor the use of special economic regimes in Russia to benefit Russia.

“We need to follow all these decisions on special economic and tax regimes, which we accept. Special economic zones – it’s an older model, but it is quite widely used, there are better examples and less effective examples. You need all these special economic regimes very carefully to ensure that they benefit the country,” – said the Prime Minister. He recalled that, in addition to the mechanism of the SEZ, in Russia, as are the priority development areas in the far East, as well as THOR in mono.

Applications for the establishment of SEZ

Deputy Prime Minister Dmitry Kozak said that at present, the regions continue to receive applications for the establishment of a new SEZ. According to him, in accordance with the government-approved document, regions will have to approve the amount of the recoupment, the level of budgetary profitability. In addition, at the time of the decision on creation of SEZ should be initialed draft agreements with potential investors who intend to work in the new area. They will have three years to invest in the SEZ funds “in the amount of not less than budget investments to create infrastructure.”

According to the Vice Prime Minister, assess, in accordance with the new criteria should be the subjects of the Russian Federation, thus, it will be their financial responsibility for the non-economic indicators outlined in the preparatory documents. “Thus we can achieve a more efficient investment of Federal budget funds for infrastructure development and more efficient provision of tax benefits in terms of taxes paid to the Federal budget,” concluded Kozak.