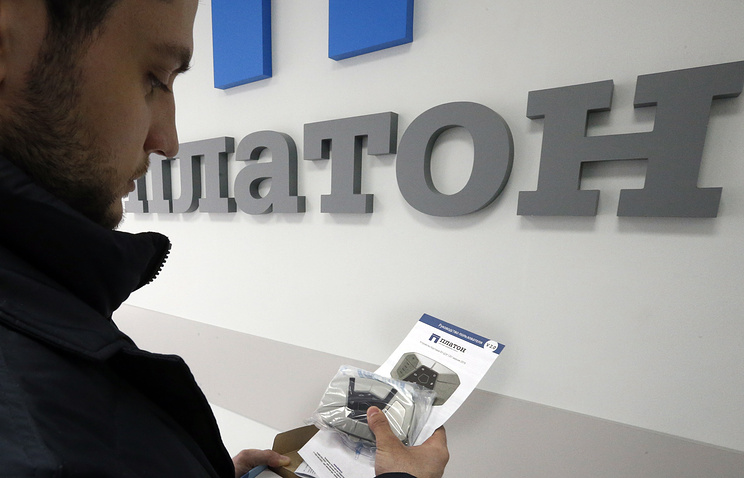 MOSCOW, may 15. /TASS/. Revenues to the Road Fund since the launch of the toll collection system for the passage of heavy vehicles on Federal highways “Plato” as of may 15 amounted to more than 25.1 billion rubles.

This is stated in the message of Ministry of transport of the Russian Federation.

The Ministry said the growth rate of registration of carriers in the system at the moment was more than 833 thousand vehicles weighing over 12 tons, which is 18 thousand more than last month.

In early may, the company-operator of the “Plato” – OOO “RT – invest the Transport System” (RTAS) reported that revenues to the road Fund since the launch of the system amounted to 24.5 billion rubles. According to the company, in April, the system was was 28.2 thousand vehicles with a mass exceeding 12 tonnes.

In April, the Federal road Agency (Rosavtodor) has reported a sharp increase in the number of daily reported heavy in connection with the growth of the market of automobile cargo transportation. According to rosavtodora, on a daily basis was implemented in the system from 300 to 500 trucks per day fees in the “Plato” was increased by 8%.

As explained by the representative of the Federal road Agency, this trend contributed to a number of factors. First, the growth of the market of road freight (in the beginning of the year grew by more than 11%). Second, the exit from the “gray” segment of the unscrupulous carriers who previously tried to bypass the control system. In addition, on Federal highways in recent months has increased the number of fixed framework designs for auto-commit violations.

“Plato” is a state payment on account of compensation of harm, caused to the automobile roads of General use of Federal value by vehicles, having the resolved maximum weight over 12 tons, entered on the territory of Russia from 15 November 2015 Tariff “Plato” April 15 is 1.9 RUB/km.