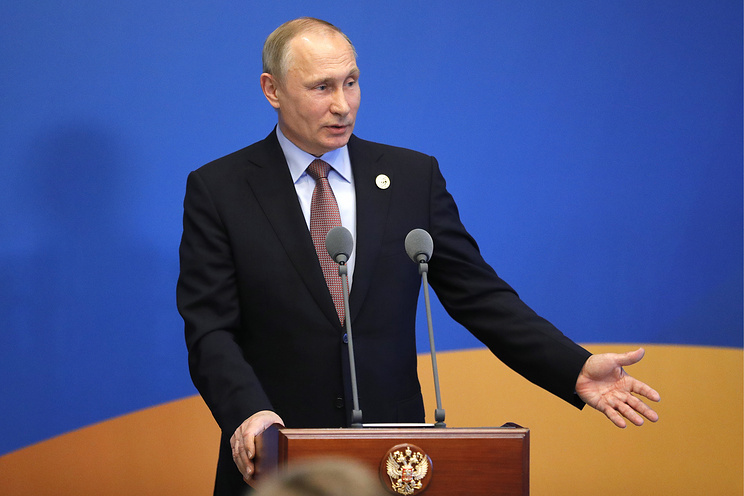 BEIJING, may 15. /TASS/. The President of Russia Vladimir Putin considers the prospects for renewal of the agreement on the limitation of oil production is good.

“I think the prospects are good,” he told reporters after the forum of “One belt and one road”, responding to a question about how he assesses the prospects for renewal of the agreement on the limitation of oil production by OPEC countries and countries outside the cartel.

“Optimism gives me what our main partner on this issue – is the main partner, of course, Saudi Arabia – entirely withstand all the agreements that took place there”, – said the President.

The head of state stressed that Saudi Arabia is interested in maintaining stable and fair oil prices. In his opinion, it is also important that the decision to limit the production of oil was signed it nine, instead of two or three months.

“This is the most important condition for stability. Russia will be the path that she chose for himself on this issue”, – Putin said.

Putin also said that he had met with the heads of major oil companies of the Russian Federation in the closed mode, and they all support the extension of the agreement to limit oil production.

“I recently, there is no secret here, but behind closed doors met with the leaders of all our major oil and gas companies, the Minister of energy. We discussed this issue, and we support this proposal,” – said Putin.

At the beginning of December 2016 11 OPEC and countries that are not included in the cartel, mainly Russia, agreed to cut oil production in the first half of 2017 to 1.8 million barrels per day. The goal of the Alliance is to reduce the global oil reserves to the average of five years. Earlier today, the Russian Federation and Saudi Arabia said they would recommend to the parties to the transaction to extend it until the end of March 2018 on current conditions.

Russia pledged in the framework of the agreements with OPEC to cut in the first half of 2017 the average daily oil production by 300 thousand barrels, or 2.7% from July, 2016 As reported on may 2, the energy target was achieved. At a meeting in Vienna on may 24-25, OPEC and Russia will hold official talks on extending the deal . On the day, most of the countries of the cartel expressed support for the extension of agreements.