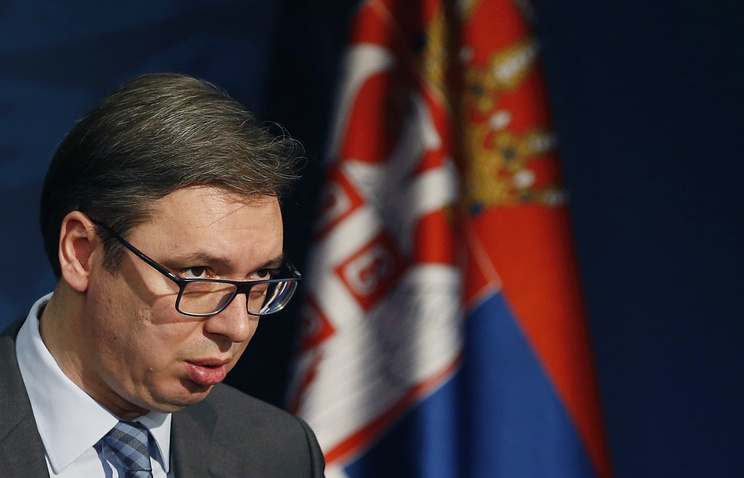 This was stated in Beijing, the Prime Minister and President-elect of Serbia Aleksandar Vucic, talking about his conversation with Russian President Vladimir Putin.

“Today at the forum of “One belt and one road” Putin said about the need for a gas Interconnector between Serbia and Bulgaria, so we can receive Russian gas. If we want to be an industrialized country, we need to increase our gas consumption of 2 billion cubic meters to 4.5 billion cubic meters. We can’t get much gas for five years, I was convinced that he was somewhere else. No, it is only in Russian, and give us the opportunity, so he came to us via Turkey and Bulgaria in any way that we met in 2019 without the pipeline” – quoted Vucic portal B92.

According to the Serbian Prime Minister, during the meeting with the Russian leader touched upon the situation in the Balkans, the threat of creation of “great Albania” and other regional issues. According to Vucic, on these issues was reached “high understanding” that “means a lot to Serbia.”

13 Oct 2012 between Russia and Serbia was signed an intergovernmental agreement on gas supplies until 2021. On the basis of this document March 27, 2013 between “Gazprom export” and Yugorosgas signed a long-term contract for annual supply of 1.5 billion cubic meters of gas. This agreement is controversial in the EU.

The Secretariat of European Energy community sent Serbia an official notice in which he suggested that the country could infringe community rules on competition, in its agreement with Russia in 2012 for the supply of gas, and required to report under this contract within 2 months.

Earlier, Russian energy Minister Alexander Novak said that Hungary and Serbia are showing interest in the project of gas pipeline “Turkish stream”, and if received guarantees of purchase, actualizarea question about the agreement for the second branch of the pipeline.