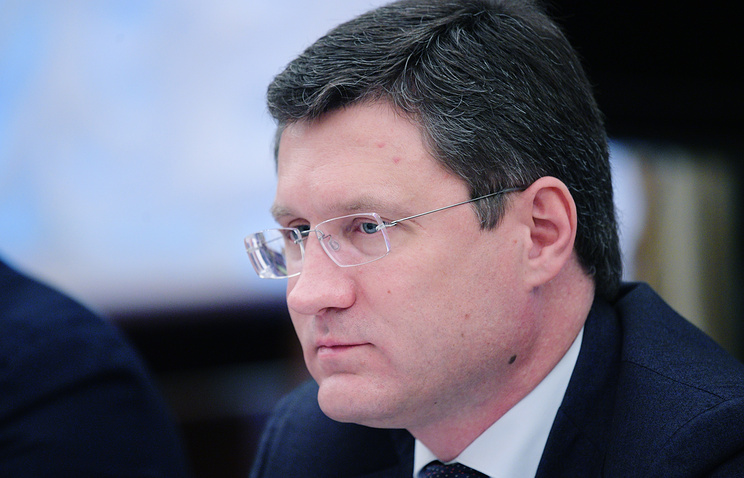 SAINT PETERSBURG, may 16. /TASS/. The Ministry of energy plans to introduce compensation for Russian companies in connection with a possible extension of the agreement to reduce oil production, told reporters Russian energy Minister Alexander Novak.

“It is associated with the transaction (payment) not linked”, – he said, noting that the Ministry continues to work with companies and the Ministry of Finance on other issues, in particular, NDM (the added tax revenue – approx. ed.), the benefits of flooded fields.

According to Novak, the Ministry of energy discussed with the Russian companies ‘ proposals to extend the agreement for nine months and received support.

Earlier, the Minister noted that the oil market can be restored to balance by the end of 2017 or early 2018 with the extension of the agreement. By this time, the reserves should reach the average for five years levels, he said.

Why extend the agreement

The Minister also explained that the extension of the nine month agreement with OPEC and outside the cartel to reduce oil production will achieve a balance in the market and overcome the winter decrease in demand.

“We believe that before the end of the year, the market may not yet be balanced, and we also always observed annual seasonal decline in demand in the winter. Therefore, this period should pass,” said the Minister.

According to Novak, the extension of the agreement is for nine months will allow you to have a long-term forecast of the market and will give greater certainty in terms of a market recovery. However, Russia for a meeting of OPEC and outside of OPEC in Vienna on may 24-25, will offer to save the current settings to the agreement.

The deal with OPEC

In early December, 2016, OPEC countries and 11 countries outside the cartel, mainly Russia, agreed to cut oil production in the first half of 2017 to 1.8 million barrels per day. The goal of the Alliance is to reduce the global oil reserves to the average of five years.

24 and 25 may in Vienna, the participants of the transaction on the reduction of oil production will consider the extension of the agreement. Previously, the Agency Bloomberg with reference to unnamed sources reported that some OPEC countries are discussing not only the extension of the current agreement to reduce oil production, but even more radical reduction in production volumes. The consultations were of a private nature, and it is unknown whether or not the producers of any arrangement.