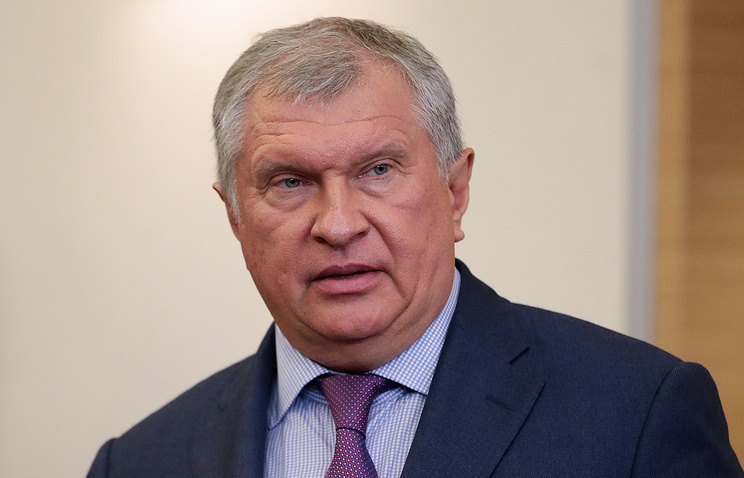 SOCHI, may 17. /TASS/. “Rosneft” asks the Ministry of energy to agree on a mechanism for a smooth exit from the agreement to reduce oil production.

The journalists said the head of the company Igor Sechin.

“We refer to our Minister with a request to coordinate with partners such a mechanism work in the framework of this agreement, to exit after it’s over, was quite smooth and did not lead to serious volatilities. That’s about it, I think we need to work on,” he said.

Sechin said that “Rosneft” is ready for any situation on the oil market, but more interested in stabilizing exchange rate policy, which gives the company additional resources. According to him, the priority now is to stabilize oil prices.
“Now the next stage, which involves concerted action within 9 months, for us it is comfortable due to the fact that the seasonal plan we will respond to opportunities to increase production,” – said Sechin.

In early December, 2016, OPEC countries and 11 countries outside the cartel, mainly Russia, agreed to cut oil production in the first half of 2017 to 1.8 million barrels per day. The goal of the Alliance is to reduce the global oil reserves to the average of five years.

24 and 25 may in Vienna, the participants of the transaction on the reduction of oil production will consider the extension of the agreement. Previously, the Agency Bloomberg with reference to unnamed sources reported that some OPEC countries are discussing not only the extension of the current agreement, but also even more radical reduction in production volumes. The consultations were of a private nature, and it is unknown whether or not the producers of any arrangement.