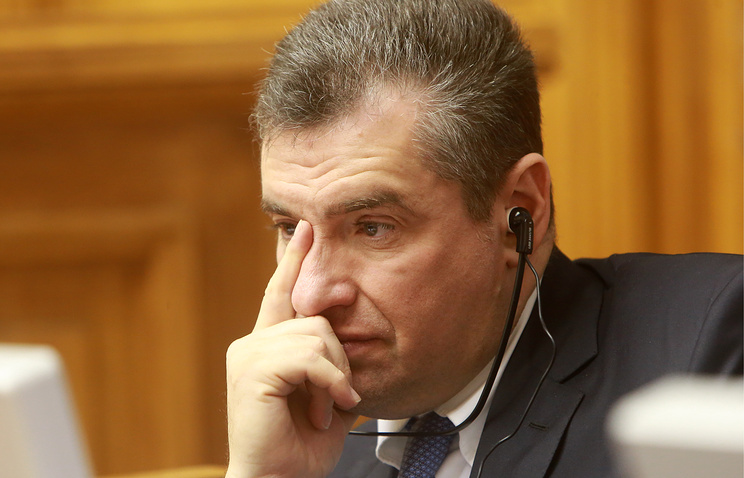 MOSCOW, may 17. /TASS/. The Chairman of the Duma Committee on international Affairs Leonid Slutsky has regarded the statement of the Secretary General of the Council of Europe of Europe thorbjørn Jagland on the blocking in Ukraine, the Russian social networks as a common assessment of actions of President Poroshenko and called for the PACE and the European Parliament to condemn this decision.

Earlier, the Secretary General of the Council of Europe (COE) thorbjørn Jagland regarding the decree of Peter Poroshenko about the lock on the territory of Ukraine the Russian social networking and other Internet services. As stated in his statement on the website of the COE, it contradicts the conventional understanding of freedom of expression and freedom of media.

“In the West, finally, sounds sensible assessment of the actions of the President of Ukraine Petro Poroshenko, who in his Russophobic hysteria completely abandoned all international norms and standards. So it is possible to regard the statement of the Secretary General of the Council of Europe thorbjørn Jagland, as well as clearly Pro-Russian organization Human Rights Watch, who called the decree Poroshenko about blocking Russian Internet resources and social networks in direct violation of freedom of speech,” said Slutsky reporters.

He called on other European institutions, in particular the parliamentary Assembly and the European Parliament, to speak on this subject after Jagland. “I think that the PACE needs to review this situation and to demand from Ukraine to cancel the illegal decision. Kyiv as the mantra repeats the words about democracy in Ukraine, which in fact the country does not even smell,” – said the head of the Committee. In his view, “it would be curious also to know what to say in this regard, the European Parliament, the closing still eyes to all the iniquities that were happening in Ukraine since February 2014.”

“And maybe a fair assessment finally gets it and all actions on the closure of media outlets in Ukraine, liquidation of political parties, armed aggression against its own people, and events of three years ago in the trade unions Building in Odessa, when more than a hundred people were burned alive by radicals. Europe it’s time to say his own word about what is happening in Ukraine, and not just fit into the choir sang with overseas curators of the Kiev regime generated by the previous U.S. administration”, – has concluded Slutsky.

On the eve of President of Ukraine Petro Poroshenko national security Council and defence against social networks “Vkontakte” and “Classmates”, as well as companies Mail.ru “Yandex” and their services. As reported the press service of the President of Ukraine, Internet service providers may not provide access services to service resources Mail.ru and social resources of “Vkontakte” and “Classmates”.