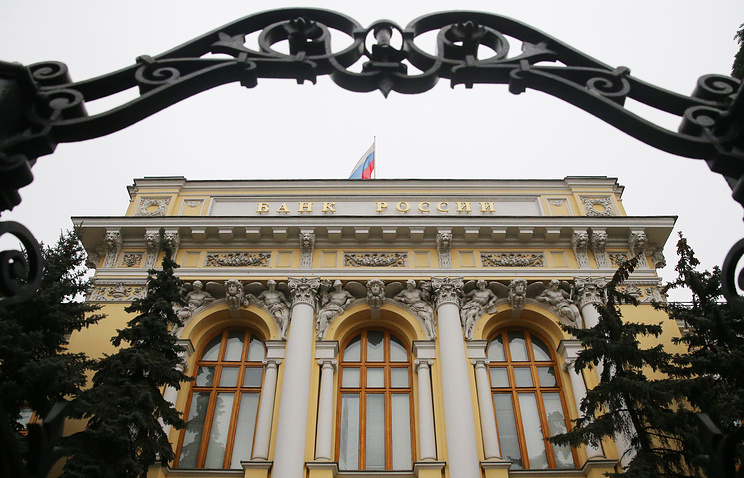 “The Central Bank has completed its review of electronic sales of insurance policies twelve of the largest insurers. Each company was identified violations. Each Central Bank sent an order to eliminate these violations. At the expiration of the provisions of the Central Bank will check, how the situation is corrected,” said Chistyukhin.

In particular, the regulator found a lot of technological failures, which can not be “easily buy the insurance policy on the website of the company.” “For example, insurers require payment only the following payment methods. Or the system cuts off new clients for the company, that is, those who are not in the database. Also there is a cutoff age. I think that the reason – in a special server configuration insurers,” – said Chistyukhin.

It is a “disposable irregularities” that characterised the start of the project e-insurance, the Executive Director of the Russian Union of motor insurers (RAMI) Evgenie Ufimtsev (mass sale of electronic policies was launched on 1 January 2017).

A significant portion of the violations for the relationship of the Central Bank to the system of referrals, said Ufimtsev. It allows the insurer in case of technical problems on the website to redirect the client to process e-insurance on the website of another company. According to Chistochina, the main claim that this system does not always allow the user to complete the purchase.

“If you can’t buy a policy on the company website, and is redirected to a different site then where you just have to buy. But in practice it doesn’t work. Then why do we need a replacement? We don’t want designs that don’t lead to buying a policy,” said Chistyukhin.

According to Ufimtseva, the Central Bank in the course of the audit also sought evidence that the client was redirected because of technical problems.

In addition, as reported previously TASS sources in the market, the regulator did not like that the insurers are using the system of substitution to select the most profitable customers and unprofitable redirection (law on insurance banned). In late March, the Presidium of RAMI has approved fines for companies for each proven case of refusal to sell e-policy (in the amount of 20 thousand rubles, but not more than 200 thousand rubles per month). These sanctions while no one was not used because of complaints from customers about not very much, said Ufimtsev.

Several insurance companies opposed the Bank of Russia employees in the testing, said Chistyukhin: “most Often it is expressed in the fact that the company did not timely provide the documents or submitted false documents”.

Insurers also complain that the verification of the controller was very burdensome, and I think such attention unnecessary. “We believe a large burden on businesses carrying out activities requiring the involvement of a large number of divisions and employees, which can sometimes lead to the suspension of part of business processes”, – said the head of the Department of methodology of obligatory kinds of insurance “AlfaStrakhovanie” Denis Makarov.

“It’s two months of suspension of work, all services were working on answers to the Central Bank. Checked all the way down to the keys enter the system, the availability of substitutes, servers, storage copies,” – said the head of the insurer of the top 10 for insurance.

With the system of substitution there was a legal conflict, said the interlocutor of the Agency, as the Bank of Russia in March withdrew its approval of this system. However, the system operation was approved by the General meeting of members of RAMI and can only be changed by decision of the meeting (it will be 1 June). “Up to this time had developed a precarious situation,” says a top Manager.

At the General meeting of RSA will consider the issue of modernization of the system of substitution, reminded Ufimtsev. It will introduce mechanisms that will not allow the second insurer to refuse to sell a policy, for that most of the documents for the contract will prepare the SAR.

“Currently, insurers are changing the system in order to align the current legislation. Again, if necessary, legislation can be changed. Or insurers to establish a system of PCA, which will be exactly the end point (sales policy). Or will sell directly from their sites. But it is unprofitable”, – said Chistyukhin.

The opportunity to buy a insurance policy via the Internet appeared the Russians from July 1, 2015. From 1 January 2017 sales of e-insurance policies become mandatory for all insurers. In total, according to RAMI, from July 1, 2015 to may 1, 2017, has sold more than 1.5 million electronic policies (for the whole year is about 40 million contracts OSAGO).