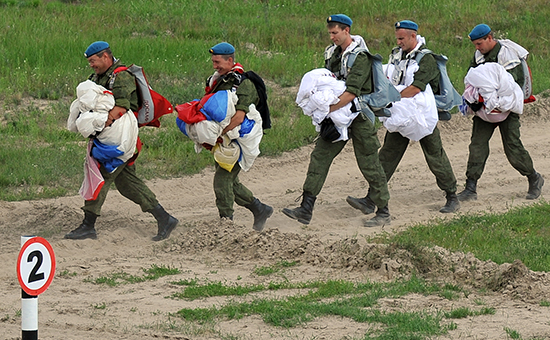 Under the new state program of armaments for airborne and Ground forces can allocate to 4.25 trillion rubles, writes “Kommersant”. This amount is 1.5 times greater than the values approved in 2010

The defense Ministry intends to increase spending on the development of airborne and Ground forces. In the state armament programme (GPV) on 2018-2025 on General-purpose forces will be allocated up to 25% of all funds, told “Kommersant” a senior source in the defense Ministry.

The money will be used to purchase military air defense systems, tanks T-90 and T-14 “Armata” armored infantry “kurganets-25” armored personnel carriers “boomerang”. Weapons will also try to adapt to Arctic conditions, the troops want to equip anti-aircraft missile system s-300V4 and anti-aircraft missile complex “tor-M2”. As wrote the newspaper “Vedomosti”, citing a person close to the military-industrial Commission, the new LG can allocate 17 trillion, the same figure to the edition was confirmed by a Federal official.

In the current SAP focused on not General purpose forces, Navy, air force and strategic nuclear forces. For modernization of airborne and Ground forces remained at 2.6 trillion rubles.

However, according to “Kommersant”, that all changed in 2015, when part of the funds reallocated to General-purpose forces because of the war in the South-East of Ukraine. The Ministry of defence has deployed connections of constant readiness, which required a lot of costs. “Then it became clear that the role in military conflicts allowed the Land forces and airborne troops, not fully corresponds to the funds pledged for their re-equipment”, — writes the edition.

During a meeting with the leadership of the Ministry of defence and the defence industry the President of Russia Vladimir Putin has demanded to change the approach of equipping the troops, taking into account the experience gained in Syria and the strengthening of borders in the Arctic. He said that according to plan in 2017 the level of modern weapons should be 62%.