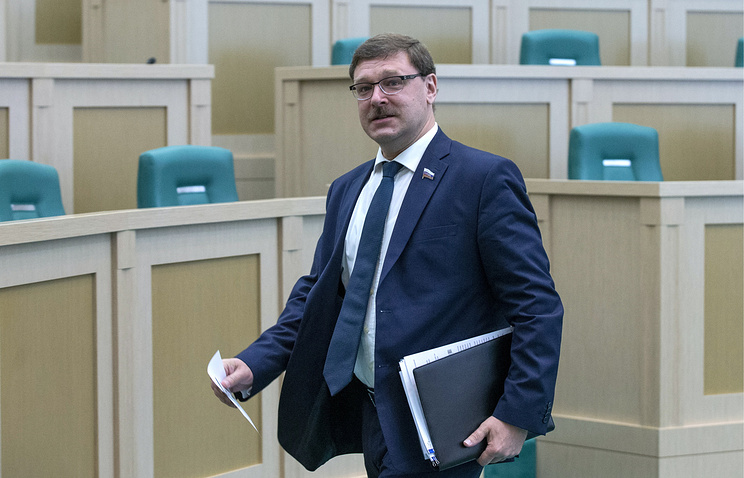 MOSCOW, may 18. /TASS/. American congressmen, who took a bill that actually requires the U.S. President to enter sanctions against allies of the regime of Bashar al-Assad, will only aggravate the situation in Syria. This opinion was expressed by the Chairman of the Federation Council Committee on international Affairs Konstantin Kosachev.

According to him, members of Congress have become hostages of the media and believe that the fight against Assad more important than the fight against terrorism. “Everyone tend to make mistake, but what now occupied the us Congress, it’s the consistent aggravation. These step by step reduce their opportunities for initiatives to address the real problems of Syria, going on about the media hysteria and becoming their hostages,” Kosachev wrote on his official page in Facebook.

Kosachev noted that the sanctions against Russia and Iran “for supporting the Assad regime in Syria,” continues the same line that the oppression of Washington: “the fight against Assad more important than the fight on terror.” According to the Senator, for congressmen Assad “as a target for attacks” is much more convenient than terrorism, against which no effective recipes. “And that is, – the cooperation with Russia, Iran and Assad the same – very uncomfortable,” writes the Senator. In addition, according to him, there is a kind of diplomatic jealousy.

“Washington, in fact, off of Geneva and Astana processes, and therefore plays the role of diplomatic jealousy of the White house and the desire to discredit what is not on his initiative and under his control,” – said Kosachev.

According to the bill adopted by the house of representatives of the us Congress, the new restrictions may relate to foreigners who have financial relationships with the Syrian authorities and the enterprises under their control. They will be denied a us visa, any property in the U.S. will be frozen.

The bill will be sent to the Senate, and then signed by the President. If accepted, within one month, Donald trump will have to make black lists of foreign nationals who, in his opinion, the support of the government of Syria. A similar bill has already passed the vote in the house of representatives under Barack Obama, however, was never considered by the Senate.