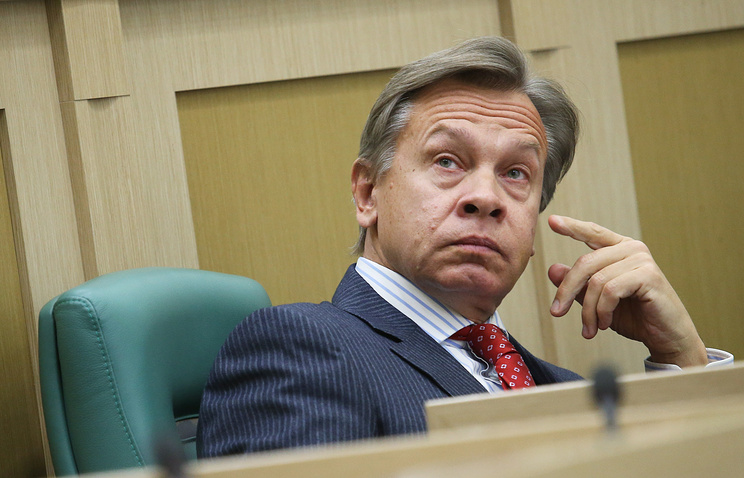 MOSCOW, may 18. /TASS/. Chairman of the interim Commission of the Federation Council on information policy Alexei Pushkov believes that the US President Donald Trump declared an information war, so he does not fit the traditional American establishment.

“President Trump declared information war the so-called mainstream media,” said Pushkov at the meeting with the group of ambassadors of Latin America and the Caribbean.

According to the politician, this is done in order to, inter alia, to impeach the President.

“The challenge is to either get the impeachment Trump or limit its freedom of maneuver and tied his hands and feet,” – said Pushkov.